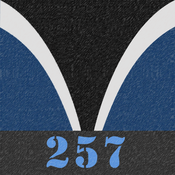 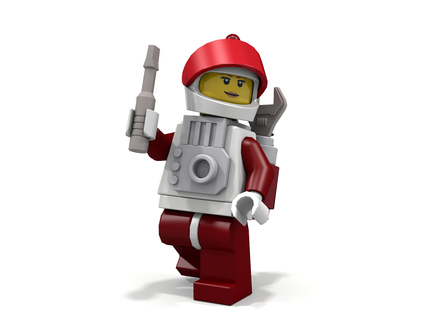 Another astronaut with the tools to fix and maintain the Pegasus Shuttle. Maybe she would come with a tool kit or refueling station along with the shuttle. 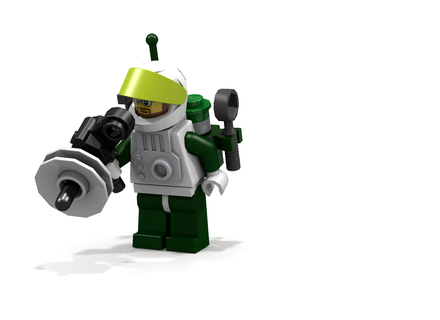 The primary mission of the Pegasus Shuttle is to explore the far reaches of space. This scientist would conduct tests on anything interesting that they would find out there. 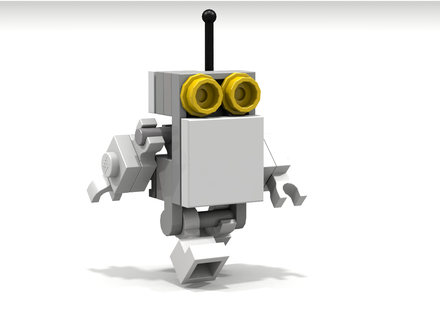 Mechanical automatons have their place in space. Requiring no oxygen or environment suit, a Robot can perform tasks that would be difficult for humans to perform in the hostile environment of space. 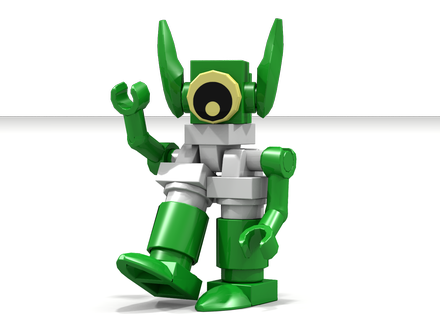 Who says we are alone in space? Maybe we have made an alliance with a peaceful race of aliens, or maybe we have found enemies in the reaches of outer space.

What do you guys think? What do you think the best secondary character should be?

As I mentioned, I really like the idea of having another character be a part of the set. Here are some of the ideas I though of for secondary characters. 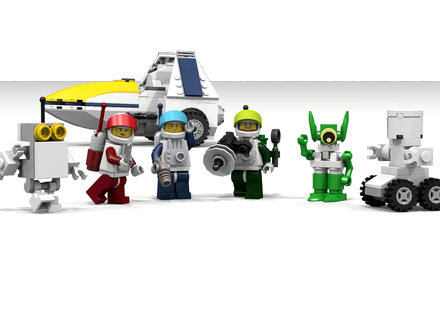 I would imagine the set would work best with only one of these side characters, and possibly a small little set to go with the shuttle (a fueling station, a mini space vehicle, etc.) 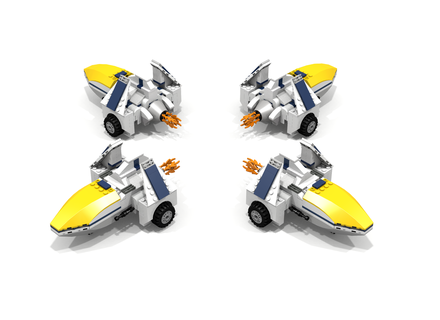 Here are a few more angles of the Pegasus from different points of view to get a better idea of what it looks like.

The cockpit window and flames would be made from transparent Lego pieces, but the picture renders much faster when everything is opaque colors.