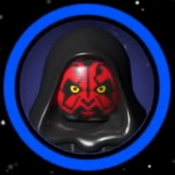 By AgentAwesome07
27 comments
This set is a Tesla Modle 3 MOC with a compatible front and rear storage area. This set also comes with an Elon Musk Minifigure. Teslas are environmentally friendly high tech electric cars. I built this set because I am a big fan of Teslas and LEGO and because I think it would make a fine addition to the LEGO car collection.
Tesla Model 3s are electric cars made by Tesla Inc. a company founded by Elon Musk. Tesla’s have 360° cameras with Ultrasonic Sensors that detect nearby cars and prevent potential crashes. Tesla’s also has two independent motors for improved redundancy, each with only one moving part for minimal maintenance and maximum durability. Tesla’s also have rear and frontal storage areas and a 15-inch screen that you can access all the driver controls, both these functions have been incorporated into this set. The acceleration of a Tesla is 3.3 seconds from 0-100km/h.
Elon Musk is a South African-born American business magnate, industrial designer, entrepreneur, businessman and engineer. He is the founder, CEO, CTO, and chief designer of SpaceX, investor, CEO, and product architect of Tesla, Inc.; founder of The Boring Company; co-founder of Neuralink; co-founder and initial co-chairman of OpenAI; and founder of PayPal (originally X.com). He is currently worth 173.6 billion USD (As of 2021) and is often fighting with Jeff Bezos for the title of the richest person in the world.