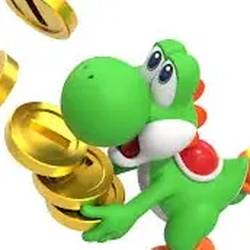 This is a BR Class 04 Diesel locomotive shunter, built with over 550 bricks. It includes a locomotive and 2 mine carts. The buffers are brick built much like the ones in set 75955.
Shunting trains are used to assemble rolling stock to be pulled over a long distance by other  trains.
They are a very cool engine that's not as well known as others, and should be even more appreciated!  Power Functions can be easily added for a motorized model.
I'm a huge fan of all kinds of trains, and would love to see more of them represented as Lego sets, especially more unusual types such as this one. This would look great in a layout, on display, or just to play with! I think this would make an awesome set because, well, trains are awesome, and combined with legos.... The possibilities are endless!
65
271
days left