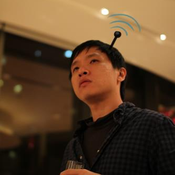 In 3 points, why Clash of Clans is gonna make a fantastic Lego set:

Two years after its release on the appstores, it is still a chart-topping game, with millions of players everyday.

The Clash of Clans IP is extremely accessible to players of all gender and all ages. The stories: a father and son are in my clan, my friends forming clans to play with their co-workers. The all-important demographic for Lego: kids, are also a big demographic of Clash of Clans players.

My concept is a starter set, comprising of the most iconic buildings and units. Lego could easily create a range of expansion sets - with dark elixir drills, the barbarian king, dragons, hog riders, etc. Everyone could buy different sets and recreate their own arrangement of the village.

Buildings I've decided to include in the starter set:

Items inside the town hall:

Let me know in the comments:

- What would you add/remove from this starter set

- What other units or buildings would you like to see made into Lego form, and I will try my best to create them and post as an update.