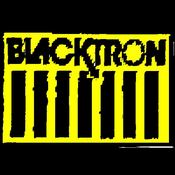 The TYE-wing was one of the composite starfighter designs known as "uglies" (click the link, it's amazing).

Though it was known by a number of names, including TIE-wing, Y-ball, TIE-Y, TYE fighter, Die-wing, or simply TYE, it was more standardized than most uglies.  The TYE is used in pirate gangs, bounty hunter rings, and in planetary self-defense militias, and more.  Generally made from Imperial and Rebel surplus found in after the battle of Yavin, these craft are easy to obtain in some sectors.

Its roles can be summarized as "all".  The massive engines give it speed at the expense of maneuverability, though some have been modified to have repulsorlift engines in the spaceframe to give maneuverability rivaling the A-Wing.  Their spaceframe also can house bomb bays, or you can add a bomb bay behind the cockpit.  Beyond that, you can upgrade your TYE to do pretty much everything.  Though it is a specialist, a master of none.  In some circles, it's called the Die-wing, as mentioned earlier.  This is due to some people hiring bad mechanics to build them, resulting in catastrophic failure of the ship's systems.