March Of The Robots - Tri-Country Landfill 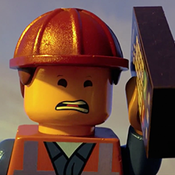 I made any best style...

This set released based on the theme franchise "March Of The Robots".

Teacher Lawrence Jame died 30 years ago, because of the attack the victim, but the feral man bowing to rogue from the future. But for this reason also with the main character - Phineas Doc for severe tragedy from the old newspaper, they decided to go back to stop the rogue named - Vpark.

Phineas Doc is sent to the landfill to find things in order to get them fixed, but suddenly he found something unusual, something impossible, it's a time machine "March Of The Robots", he then paid the money for the garbage, and decided to test this instance of "March Of The Robots". Its main goal is to save Lawrence Jame before his death.