By KingJosiahII
4 comments
The secret police of Ironcrest have for far to long abused their power, now it is time for the resistance to strike! The resistance has been fighting a losing battle against the Ironcrest police, they have set up their last defenses in Liberty Square. This is a battleground for Ironcrest City. Ironcrest City is a fictional city which I made. It has a thriving iron industry, and from the beginning of its creation was a Police State. It has two large statues, and plenty of mini-figures 11 to be exact, vehicles, and defense.
How to Support:
If you have just stumbled upon this, and found that you like it, please consider supporting! Simply press the green support button. If you do not already have an account for CUUSOO, it is very easy and hassle free to make an account. You can also connect through Facebook or Twitter. The whole process of signing up will only take 2-3 minutes. You will not receive any spam emails from LEGO, or anything of the sort. Also, what helps immensely is if you can get the word out. You can do that by sharing on Facebook, tweeting on Twitter, and in your own way! If you do use Reddit to share this, please use responsibly. 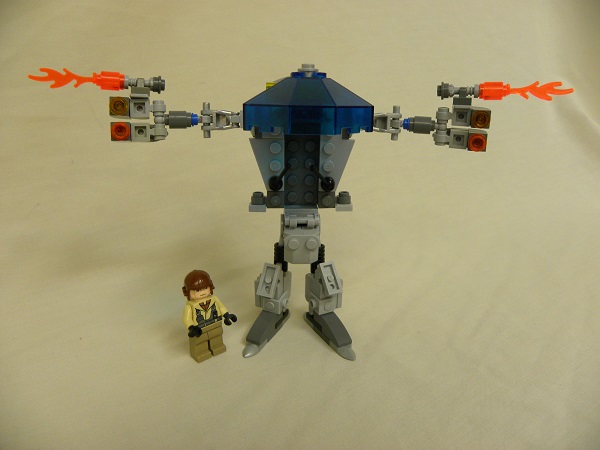 They have a large mech-suit which has duel flame throwers, and is one of their most powerful vehicles. This mech-suit's original name, OmegaX17Y, disappeared when it broke through a whole line of police vehicles, and was in tip top shape, its new name was "Big Boy" The mech-suit has a large fuel tank on its back which keeps it fueled. Although the rebels lacked resources, they had several brilliant engineers who were all to eager to join them, and get away from the oppressive Ironcrest police. The mech-suit can have one mini-figure seated in it. The mech-suit's limbs are very maneuverable, and have full range of motion. The legs of the mech-suit can turn, and go up and down like a human leg. It uses no Bionicle or Hero Factory pieces whatsoever.
In Liberty Square, there is an antiaircraft bunker at the middle right of picture. it has full rotation. It can seat one mini-figure. 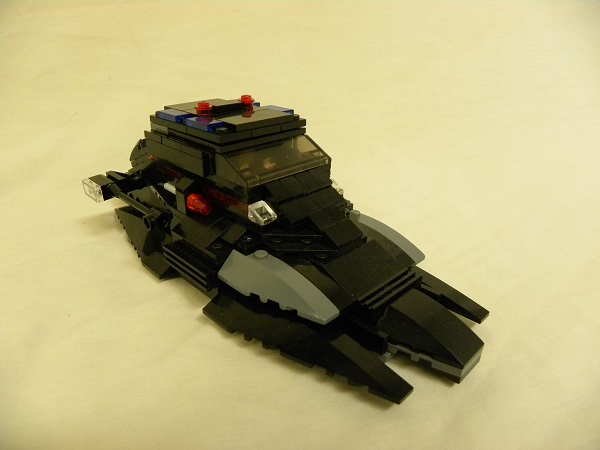 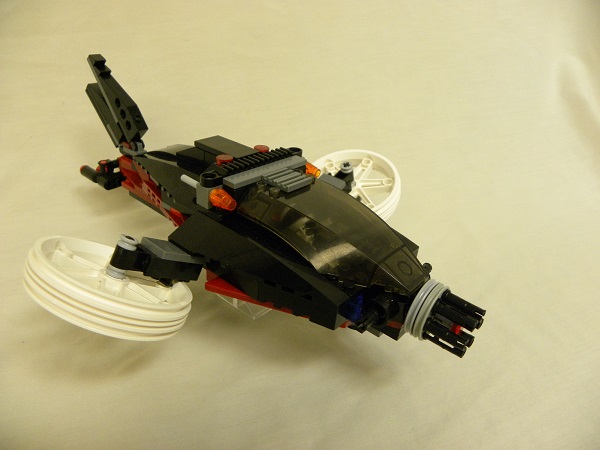 This is the V5Warthog. The Warthog was at first used for rescue missions when first created, for its twin rotors allowed greater stability then the helicopters of the day. But once the Ironcrest secret police got their hands on the Warthog, they used its impressive capabilities to their own nefarious uses. They placed a heavy repeating gun on the front of the Warthog, and two heavy missiles. They modified the engines, making them become much more powerful. There is only room for one mini-figure. The pilot must lie on his back because of the cramped space. But the heads-up display in the pilot's helmet shows everything around the Warthog. 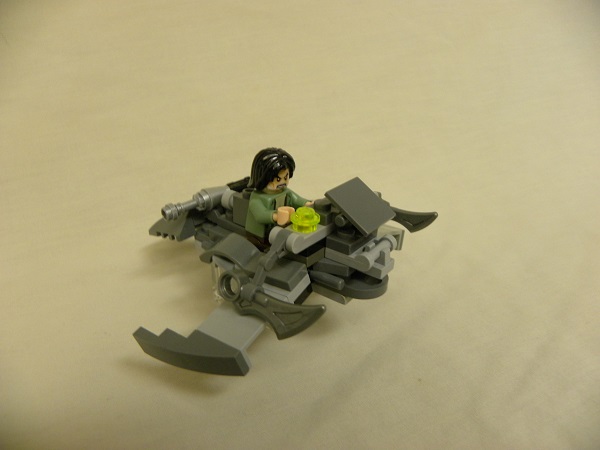 This is a typical hovercraft to be seen in Ironcrest City. Its name is Venture Model F. It is lightweight and very maneuverable. It is generally used as a reconnaissance vehicle. It is also used by the "guns for hire" crowd. It can reach up to 200 miles per hour, allowing it to evade even the fastest of foes. It can seat one mini-figure quite easily.

https://ideas.lego.com/projects/59923 Batman Battle on the Docks

Note: This project was made by me and my 13 year old brother. The MOC account is his. :-)