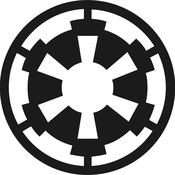 By BarrioBoy2007
7 comments
What it is: A micro-build set, on one section it is a lush and green mountain, and on the other, a grey, lava ridden volcano. The sections fit together to show one seamless landscape. The build sits on a stand which adds decoration to the piece as well as functionality, because the stand lets the model move freely using a flat plate with a 2x2 round piece in it.
How it was made:
The design of the build allows someone viewing the front side of a landscape straight-on not being able to see any part of the other side, which is a nice feature. The build uses mainly green and grey pieces, though reds, blacks, and blues are used as well. The build(not the stand) can come apart in the middle, showing a view of the inside and allowing for possible interchangeable parts using technic pins. It has an area of 8x8 studs when taken off the stand, and each section is 8x4 studs. The set consists of 66 pieces for the green mountain, 80 for the volcano, and 38 for the base, which is a total of 184 pieces.
Why I built it:
This started as an idea of two separate landscape on one build, that if viewed face-on, would not show the other side. When I first built it, it had an area of 6x6 studs, which I sized up in a later rendition.
Why it should be a LEGO Set:
I think this would be a great LEGO set because it would be a cool decorative piece to put on your desk, bookshelf, etc. Please support!