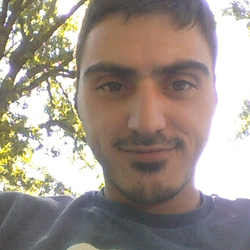 This custom 1976 AMC Pacer was built by Nickelodeon Studios for the 1997 movie "Good Burger". The film starred Nickelodeons famous duo Keenan Thompson, and Kel Mitchell. This unique Burger Mobile makes its first appearance when Ed (Kel) is training Dexter (Keenan) as a delivery boy for the famous Good Burger Restaurant. In the film the car is seen racing through the streets and knocking out mailboxes, with Ed at the wheel and Dexter holding on for his life, as they deliver Good Burger to Shaquille O'neal after a game. It is seen again on a double date, devised by the evil Mondo Burger in efforts to steal Ed's  secret sauce recipe.

I built this model of The Burger Mobile for the upcoming 20th Anniversary of the movie release on July 25,2017. I was barely 7 years old when Good Burger was released in 1997, and it has remained one of my favorite Nickelodeon movies even now as a 25 year old man.

The model features all the details of the real 1976 AMC Pacer, custom built by Nickelodeon Studios of Florida. As well as mini figures modeled after Ed & Dexter

The front clip of this Pacer is styled to look like whole hamburger with all the fixings, with round headlights, and a toothpick topper to keep it stacked neatly. The roof of the Pacer features the french fry holder "GOOD BURGER" sign, and the sides each adorned with the neon arrows. And of coarse, the crinkle fry rear bumper, and the unforgettable pickle chip hubcaps!.

The mini figures of Ed & Dexter include the Good Burger paper hats, as well as a Good Burger, and Good Shake, both featured in the movie.

Thank you all for your interest in The Good Burger Mobile, and your continued support in my projects and designs!

Also check out the following website for further information about the Burger Mobile, and its current owners, The International Hamburger Hall of Fame, and the Hamburger Museum.