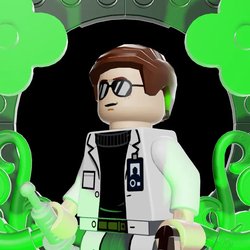 Billion Bricks
1
This outer-space high-speed Space Bomber is an idea of mine I've had for the last two years.  It is a set in the same series as the previously-posted Battle of Esoog set.  This starship belongs to the evil Flame Empire and is used to destroy enemy bases, starfighters, and to carry out secret missions.
This set includes:
The Flame Space Bomber
Two Flame Troopers
One Flame Bomber Pilot
One Box of Tools
I built this awesome spaceship because I believe that this ship is a high-quality build which deserves to become an actual Lego set.  I also would like to get the story I made up into the world for more people to know about.  I hope you love this set as much as I do, and please show your support by supporting this and all of my other Lego Ideas builds.
1