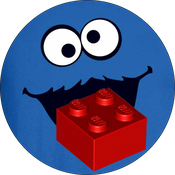 By Brick Jongleur
216 comments
ADLER
... Germany's first regularly operated train.
Train route Nuremberg - Fürth
The "Adler" (German for Eagle) was the first locomotive that was successfully used commercially for the rail transport of passengers and goods in Germany.
The "Adler" was designed and built by George and Robert Stephenson in the English city of Newcastle. From there, it was transported in its component parts to the port of Rotterdam and shipped across the Rhine to Cologne, then laboriously brought overland to Nuremberg.
Once at its destination, the locomotive was then assembled in the workshops of Johann Wilhelm Spaeth's machine factory. The wooden wagon were manufactured directly on site.
The train was ordered by the "Königlich privilegierte Ludwigs-Eisenbahn-Gesellschaft" in Nuremberg (LEG), which intended the train to operate on its line between Nuremberg and Fürth. The first trip was planned for Ludwig I's birthday on August 25th. The date could not be met and so the first trip did not take place until December 7th 1835. Regular service started one day later.
My design is based on the replica (1935) of the "Adler", which unfortunately was completely destroyed in a fire in the museum engine shed on October 17th 2005. It was rebuilt in about 2 years. Since November 23rd 2007, the "old" Adler with an old (1935) and two new (2007) associated passenger wagons of the third wagon class can be seen again in the DB Museum in Nuremberg.
The painting of the chassis was different, I chose a red chassis. There were different designs also of the wagons on the trail, they are all based on old bodies of discarded horse carriages, sometimes even the seat of the coachman was still present. Of course, I also implemented this small detail. As for the paint for the wagons, I have chosen yellow. Especially, important to me was the many curves of the wagon boxes and the replication of the high chassis.
The wagons can be opened for equipping them with minifigures and the open wagon can of course also be used without a roof. The train offers space for 18 minifigures in addition to the driver. With the optional of a motorized wagon, there would be 2 more additional seats.
The train is designed for LEGO tracks and is not motorized in this present version.
As an addition, I have designed a motorized wagon as a split passenger/baggage wagon (additional 279 parts using Train Motor 88011 and Hub 88009).
If you like this idea and design, I would be very happy if you vote for this proposal and tell your friends about it.
Thank you very much, Brick Jongleur.
Technical details:
Construction:
Chassis base body 4 studs wide; with wheels 5 studs. With attached chassis frame (fascia) 7 studs wide. Wagon bodies 6 studs wide.
Remark:
The guidelines do not allow texts in the picture. Therefore, I had to remove the lettering "Nürnberg - Fürth" from the plaque (now white). This was the route on which the eagle ran.