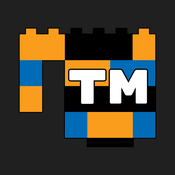 Cuusoo is a site where people submit ideas for new Lego sets. If the project can get 10,000 Supporters then Lego will review the projected. If Lego likes the idea, and can get permission from the IP holders, then they will create their own version of project and mass produce it to make it available to you.

FTL: Faster Than Light is a rogue-like indie video game developed by Matthew Davis and Justin Ma, also known as Subset Games team, which brings player to the edge of a conflict between remnants of Galactic Federation and a huge Rebel Fleet. A small ship called The Kestrel has some critical information about Rebels and must deliver it to the allied forces encamped just a few sectors away from it's current position. But Rebels are already on a pursuit so there's no time to waste! Onward to the great unknown!

Your task as a player is to take control of a ship's crew and lead them to the target. You must jump from waypoint to waypoint in order to reach the exit beacon that leads to the next sector. Every waypoint is a random event, some unexpected encounter. It could be Rebel pilotless scout sneaking around in search of you, or a trader, or maybe a random weapon just floating in the space! The main difficulty is the rebel fleet which comes closer with each jump you make.

Every decision is critical.

You can upgrade your ship, hire or acquire during events new crewmembers, and obtain new weapons. Spend your only currency - scrap metal - wisely, because you will never know what will happen after the jump.

This is FTL as I love it. I spent hours playing, trying again and again, and only once did I make it to the victory. FTL: Faster Than Light is a great game that I recommend to everyone I know. Such a love deserves a proper contribution.

So firstly I made The Kestrel Itself and posted it on the official FTL forums. I received many warm comments from the community so I decided to make another model. That's when the FTL devs contacted me. Justin Ma wanted to make a few real Kestrel’s copies by himself, but I told both Justin and Matthew that we could try to make a CUUSOO project so The Kestrel will have a chance to be officially released as a set. It will bring more FTL fans to LEGO and vice versa. And they agreed, allowing me to make a project and promised some community support.

Also I asked GlenBricker for help and he agreed, becoming my collaborator. So for all renders, custom decals and Mantis species model I must thank this respectful man.

This project is under supervision of Subset Games team. If you have any questions, feel free to ask me in comments. 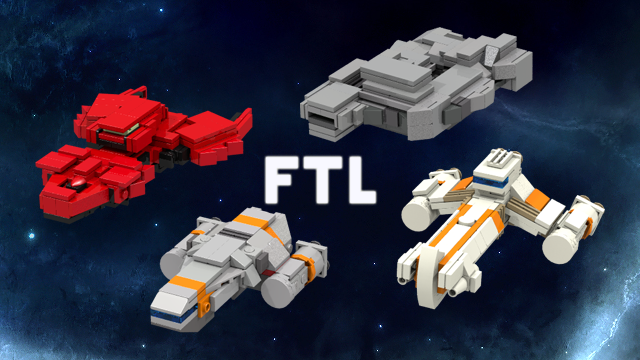 Here are our first poll's winners along with The Kestrel: Federation A aka The Osprey (lower right), Mantis A aka Gila Monster (upper left) and Engi A aka The Torus (upper right). 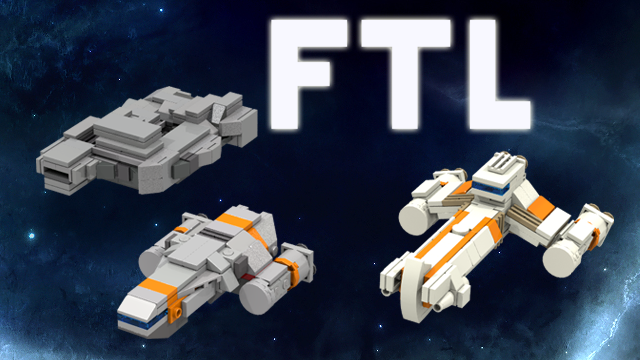 Final set variant A: the Kestrel, the Osprey and the Torus. 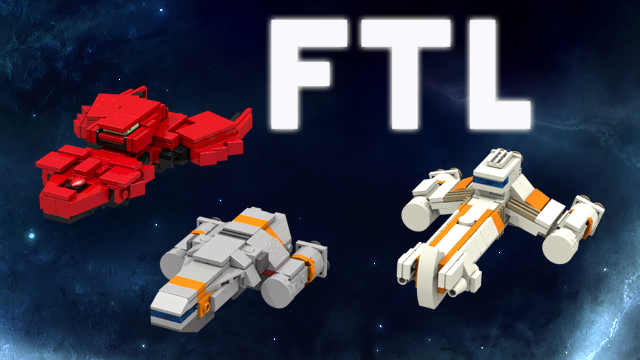 Final set variant B: the Kestrel, the Osprey and the Gila Monster. 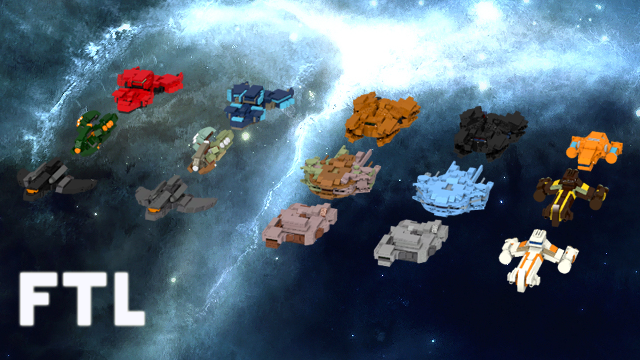 The faster a project reaches 10k, the more seriously it is taken by the community. The current review deadline is March 4th. Given the expansive fan base of FTL, the required 10,000 supporters should be easy to acquire by then, but only if you can help us get the word out.

If you seriously want to hold a Kestrel in your hands than please, take action and join the Campaign

Tell every FTL fan you know
Post in relevant forums
Send "Tip" emails to relevant gaming sites, for instance: Penny-Arcade, Joystiq, and Kotaku
Tweet your followers and send direct tweets to gaming personalities
Use Reddit as intended and responsibly