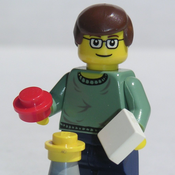 By Dunechaser
13 comments
The Dodge WC54 was used during World War II as an ambulance from 1942 to 1945, including the invasion of Normandy.

I love building non-combatant military vehicles -- it's something different from the usual tanks and Jeeps, while still maintaining a connection with one of the most important historical events of the 20th century.

My LEGO version makes extensive use of both SNOT (Studs Not on Top) and half-stud offset building techniques, with an odd-width hood and cab. 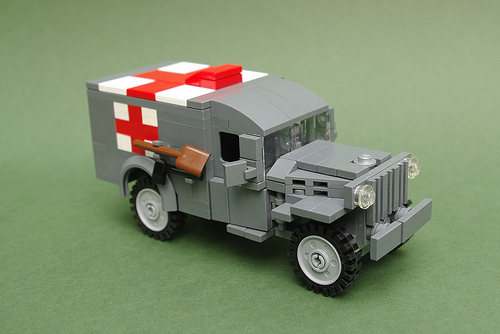 This view shows the right side of the vehicle, which has equipment like shovels for digging out of sand and mud.