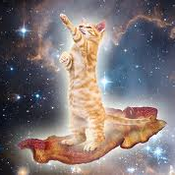 By bobabrickz
2 comments
This is my creation of a scene from Star Wars episode 3 Revenge of the Sith. It is in a swamp of the the Wookie planet, Kashyyyk. This set has two vehicles that can battle each other, a swamp speeder and corporate alliance tank. The set has a total of 331 pieces including the minifigures. (it took a while to count but I thought it would be an interesting feature). There are four figures included and they are Kit Fisto, Commander Bly, battle droid and super battle droid. I hope you like my project and support. :D 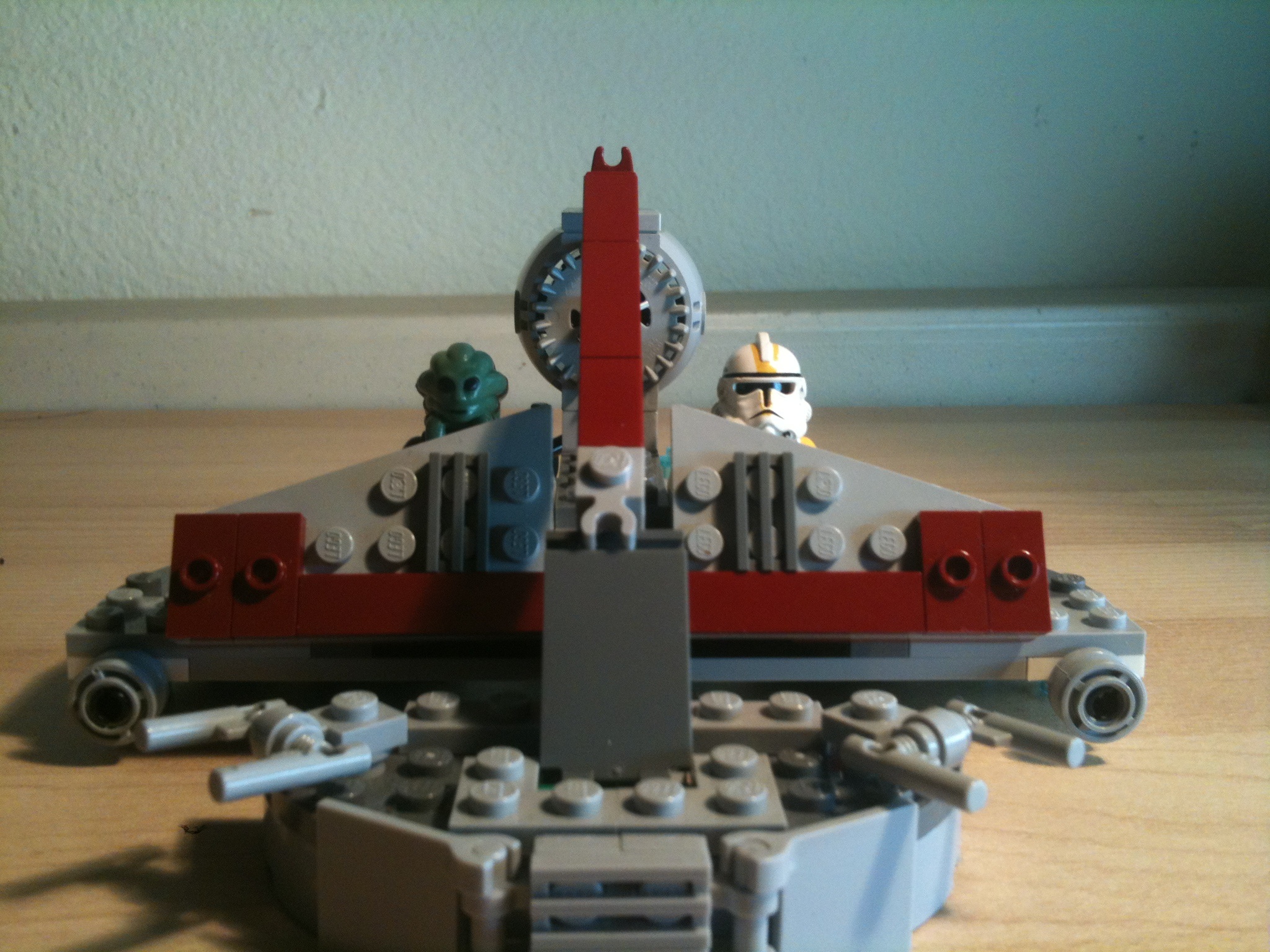 Here is the front view of the swamp speeder. It is a more detail accurate version then the one released in 2010 with the guns in the right position and middle bar being colored and shaped better. Commander Bly and Kit Fisto are sitting in the two seats. Each seat has its own control stick in front and weapon rack behind the seat. The hardest part to design in this was the shield because I couldn't find the right shape and size to be accurate and fit the details. 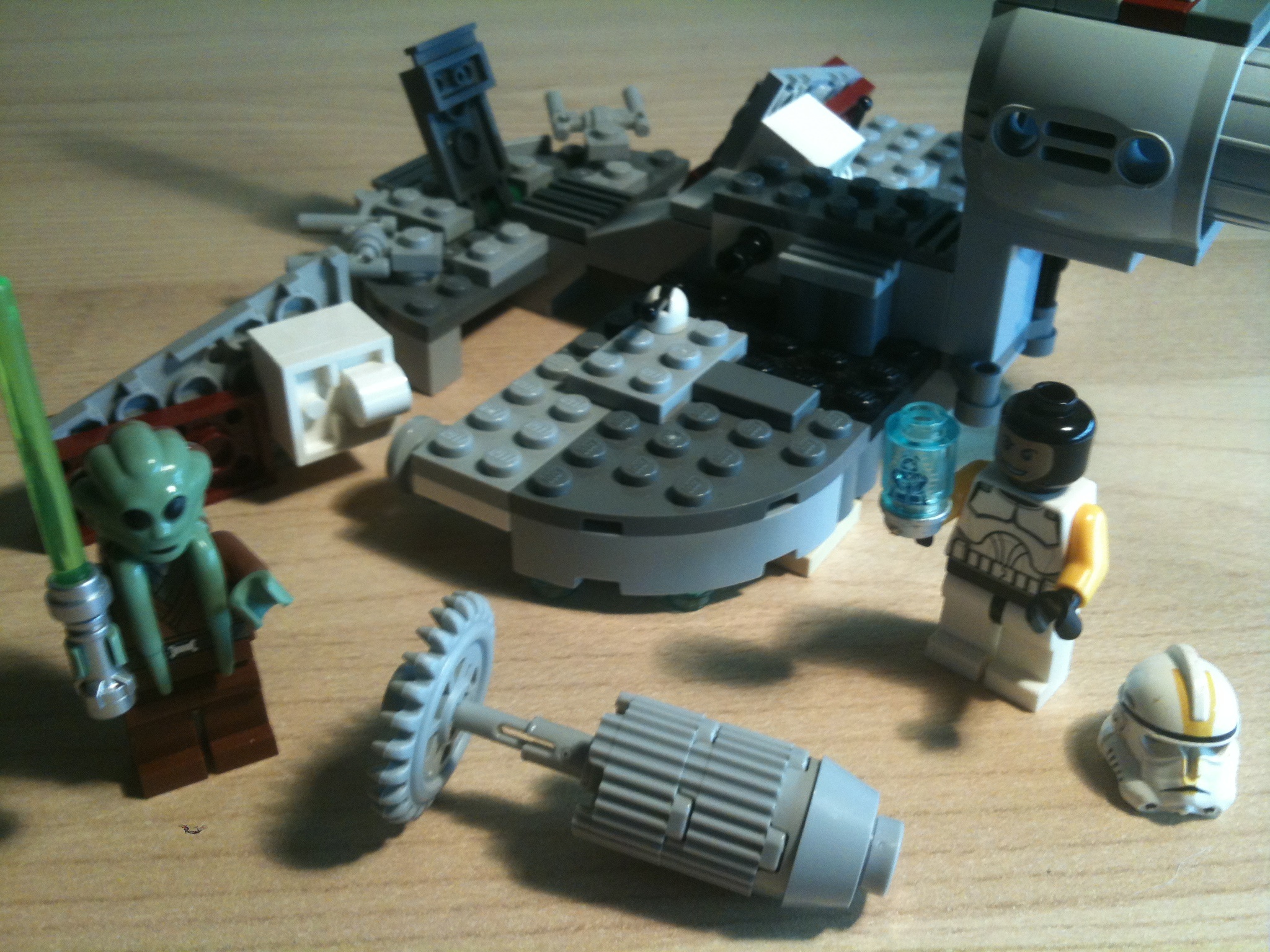 This is the swamp speeder taken apart so you can see the detail better. the shield has been taken off to show you how it was attached. You can also see the lever where the driver sits. In between Bly and Fisto is the motor. It fits inside of the big engine in the back. The engine piece is actually the biggest mold in the model aside from one of the baseplates. 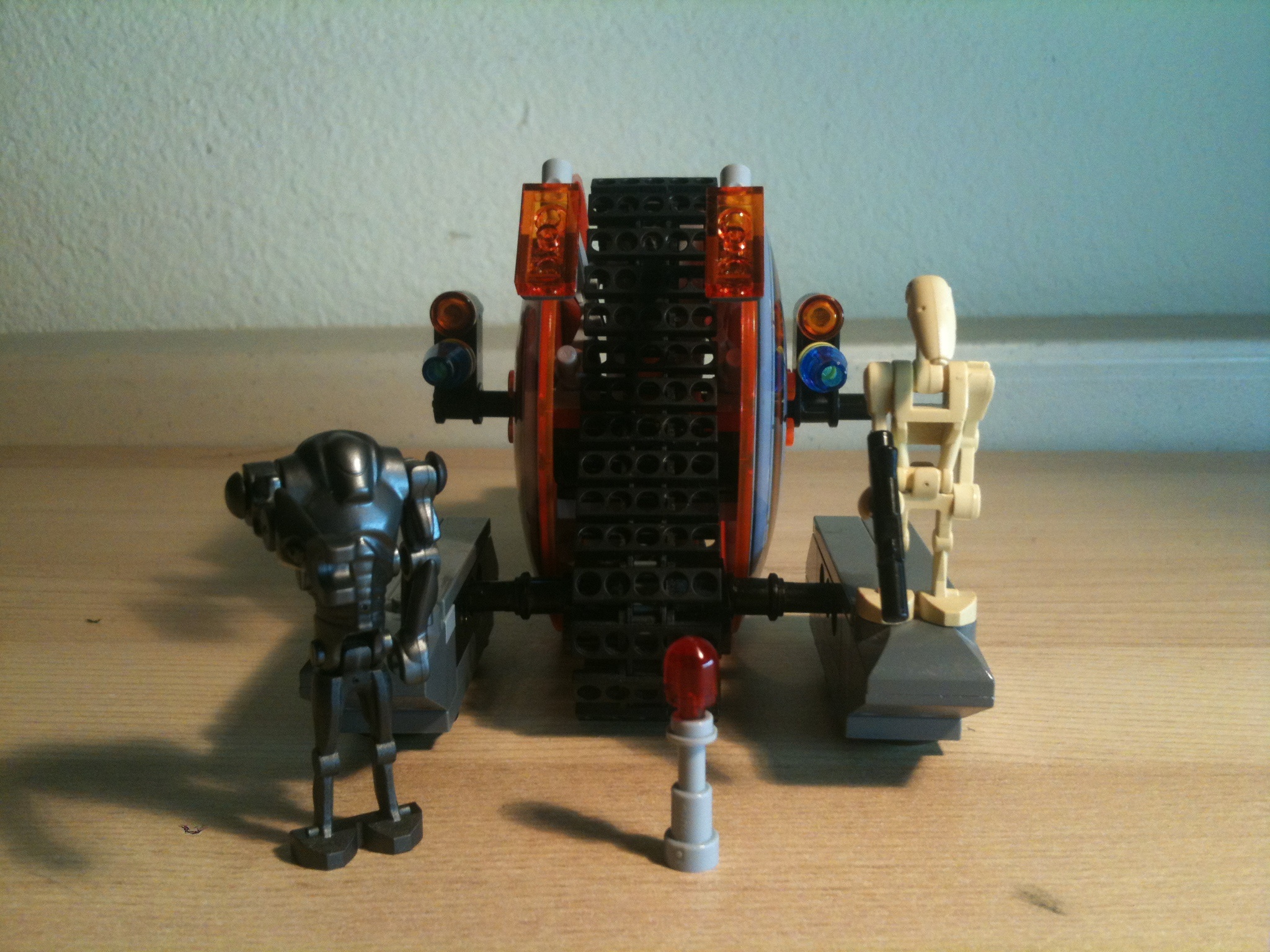 This is the episode 3 corporate alliance tank. You are probably asking right now, why make a corporate alliance tank when I already got one from my Clone Wars set? This tank is actually much different then the Clone Wars tank. The eyes are placed in a different spot so they stick out of the treads. this also makes the missiles the only thing on the large round plates which are also different pieces. In between the battle droid and super droid is a beacon. this beacon can be layed down so fellow droids can find them if they need back-up. 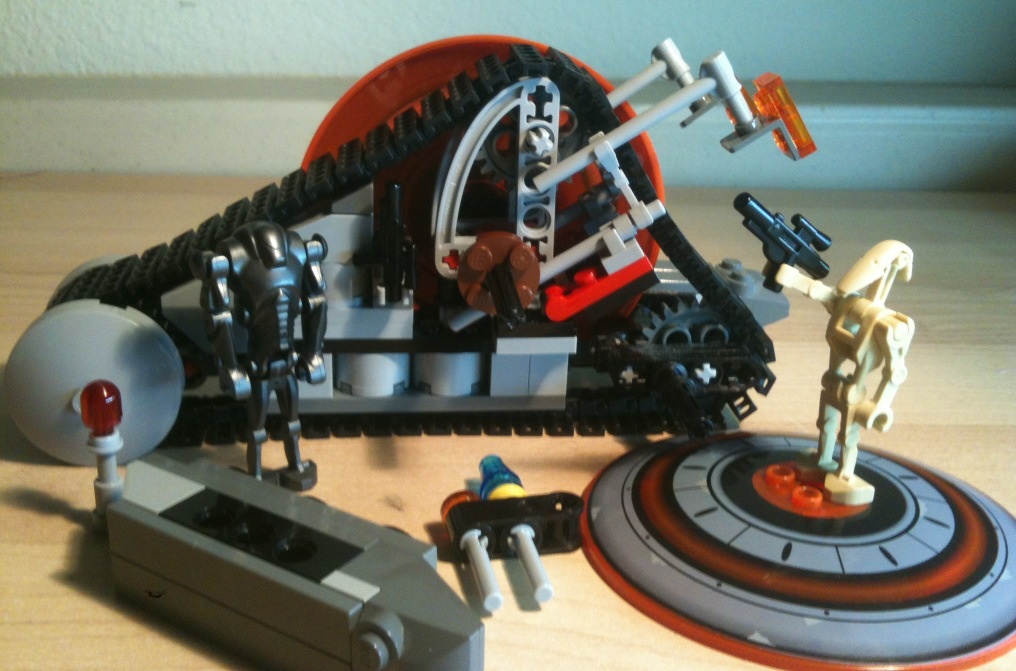 here is the corporate alliance tank all opened up. If you look inside you can see the works of the tank and how the eyes are put in. The eyes were a real pain to put in because I couldn't get the eyes at the right angle where the eyes are high enough but they are not staring at the sky. I ended up using droid arms to prop up the eye stocks and it worked out perfectly. there is also a weapon rack at the back near the super battle droid for a gun and the beacon.

please check out my other project, Minecraft Skyblock Challenge if you haven't already.

A: I have absolutely no clue. Ask George Lucas.