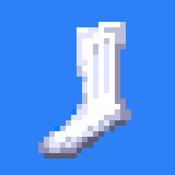 The Guinevere (Gywn) is an original starship design from The Sojourn, an in-development motion comic, using motion graphics and 3D elements to add to an audio drama format, developed from the mind of Daniel Orrett, the owner of the popular web-series Spacedock.

You may watch the first truly promotional video here:

I have been a close bystander in its development, watching the Gwyn develop from a simple concept made in a digital drawing program into a fully-fledged model to be used in an official IP. The final Model was made by the incredibly talented EC Henry, and the final design was shown in the official teaser:

The LEGO Model itself contains features of the real Gwyn, including ball-jointed large RCS boosters and posable heat-sinks for the main drive. As a LEGO Model, the Gwyn is not the sturdiest, so I made what I could, using a technic backbone and a brick structure made only to support that backbone and provide an area to add exterior detail. The posability of the model, with ball joints and hinges, certainly increase play factor and the model's design is great for display.