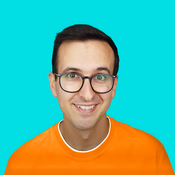 Mobile Lab Platform Explorer - Created to explore the conditions of new planets to be colonized. It is equiped with a lab with all sorts of equipment to determine the conditions of the planets. It is able to accommodate 2 scientists for long periods of time.

Let's start with the video as this creation is remote controled!!

Another concept idea of mine for a possible LEGO set based on alien planets research.
The build itself is quite sturdy as seen in the video and the main thing about is, obviously, being Power Functions controlled :D

That being said it has lots of playability besides the adition of minifigs and possibly, accessories and an interior in the living quarters of the lab.

This is another old project of mine of 2010 and back in the day it had some highlights in Brothers Brick and GIZMODO, being considered one of the best LEGO builds of 2010:

Hope you guys like this and support it as well!
Cheers! :)