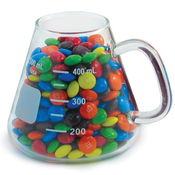 Dylan's Candy Bar is a candy shop founded by Dylan Lauren in 2001, who wanted to "merge fashion, art and pop candy culture." Today, the candy store, now an American cultural icon, is located in major cities throughout the U.S., from the sunny beaches of Miami to the busy streets of Chicago. Their flagship store is currently located in New York City at 60th Street and 3rd Avenue.

Since I was little, I always loved going to Dylan’s Candy Bar. Entering the place was like entering a whole new world. The candy store had endless varieties of delicious candies along with a colorful atmosphere that played on a child's imagination. Being a young Lego fan as well, I thought about the possibility of a Dylan's Candy Bar made of Legos that I could put on my shelf. I remember my 6th grade self typing "Dylans Candy Bar" on Ebay to see if I could buy any MOCs of the candy store but to no avail.

After more than a decade of patiently waiting, no Lego Dylan's Candy Bar have yet to be produced.  In fact, there has never been a candy store ever released officially in Lego (go on, type in "Lego Candy Store" in Google and see for yourself) other than edible brick gummies and the Lego Creator Modular Sweet Surprises (31077) released in 2018, which comes slightly close but is more like a bakery than a full-fledged candy parlor. I hope to break that trend and offer to the Lego community and to the rest of the world something they have never seen before.

Details about the Set

This rendition of Dylan's Candy Bar has several prominent features:

- four jumbo-sized lollipops- they are not edible btw ;-)

- one empty gumball machine because gumballs are too popular...

- a chocolate ice cream in the bar that never melts

...and a bunch of other Dylan's Candy Bar themed accessories

To make playability easier, this candy store has two sets of hinges that divides the store into three sections, all designed slightly differently on purpose in order to fully capture the diverse themes of Dylan's Candy Bar. Each section contains similar amount of pieces, so weight distribution would be even throughout the entire set (while the 3rd section has less pieces, it carries bigger pieces).

To avoid having plain-boring walls surrounding the two sides of the set, I transformed the right wall into an entrance, as seen in malls, and the left wall into a candy bar with windows.

I utilized a lot of techniques from the Lego Modular Series and also from Lego Kwik-E-Mart in order to make this set as fun- and challenging- to build. I also used Google Images extensively to decide which scenes/ furniture to include into the set.

A lot of difficulty in designing this set was in determining where each furniture should go on the template in order to achieve realistic spacing. It was also challenging to achieve a balance between circular and square-like furniture. The hardest part was choosing the right choice of colors to avoid the set from looking like Cloud Cuckoo Land and more like Dylan's Candy Bar.

Because inspiration often comes in tidbits, this set took a very long time to design. Many of the things you see, from the chocolate bunny to the jelly bean machine, have gone through many versions through trial-&-error and creative experimentation in order to achieve a simple yet elegant design.

- the intial version of the jelly bean machine, which used 2x2 corner plates, looked more like a spaceship than a dispenser. The current jelly bean machine uses 1x4 offset plates, allowing room for me to place black curved plates, like the one in Dylan's Candy Bar. The pieces are also upside which is achieved by using tile-round pieces with pins.

- the initial version of the blue lollipop stand (next to the cotton candy wagon) used 1x1 plate holders stacked on top of each other. If you try doing that in Lego Digital Designer, the lollipop stand will look like a tree trunk. I ended up using wheel rims which 1) conveniently have holes in them to put lollipops in (holding six) and also 2) look exactly like the circular lollipop stands found in Dylan's Candy Bar.

- the initial version of the chocolate bunny could have potentially auditioned for Lar Klevberg's upcoming horror movie. Fortunately, I prevented that from happening by giving it an adorable look along with being to scale with the replica in Dylan's Candy Bar.

I hope you find this set interesting. While designing this set was very frustrating due to the inherent limitations of Lego, overall, I had a lot of fun creating Dylan's Candy Bar Lego edition. It showed me- and hopefully will show you- that the possibilities with Lego are indeed truly endless.

Thank you Wanjie for your invaluable feedback throughout the entire process of making this set.