By MechDuck7
11 comments
Since we're all still over the moon with the LEGO movie, let's bring some MEGA sets into the mix! Before we begin, I wanted to give my opinion on the LEGO Movie itself. Basically, EVERYTHING WAS AWESOOOOOME!!!! Not a movie I was expecting to be on the edge of my seat for but..yeah I was falling on the people in front of me it was so suspenseful!! A LOT deeper than i expected, more FUN than I expected...basically, did what a perfect movie should do. :) If you love it, SHARE it with me! If not.....then clearly Lord Business has gotten to you. Speaking of which, we have a MOC to get to! The next of my projects to go on Cuusoo, the Superzised Micro manager!! The original plan was for a Kraken-esque robot to take on the Sea Cow I was working on but....things got in line, the Sea Cow retreated to the shelf and the great black block that is this MOC was forgotten. UNTIL NOW. Doubling as both a collector's item, or even a giant Micro Manager to add to a growing army against Emmett and the Master Builders, this bad bot will stop at nothing to snatch away you and your partners in creativity! 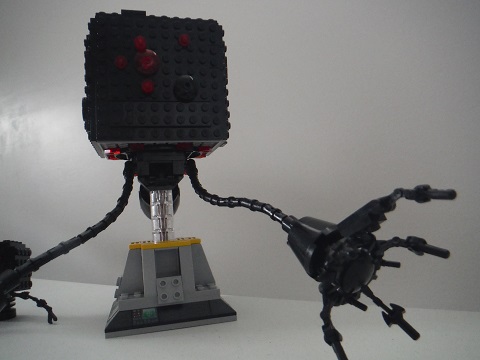 Fitted with some nasty looking claws. If these big bad pincers catch Emmett they'll show no mercy in dragging him straight into the bowels of Octan Tower! 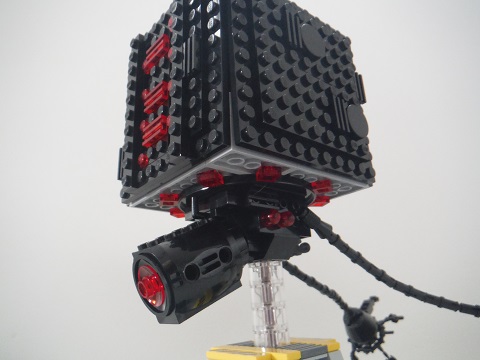 Back view showing the powerful hover engine and main "body" of the Micro Manager....or is the head the body? Anyway, plenty of trans red pieces!!!! 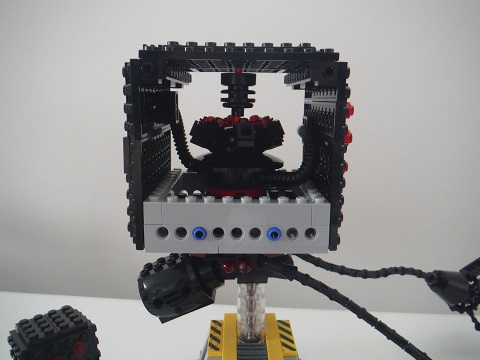 Side paneling easily pops off to access the miniaturized reactor we can only assume is powering these destoyers of imagination!!! 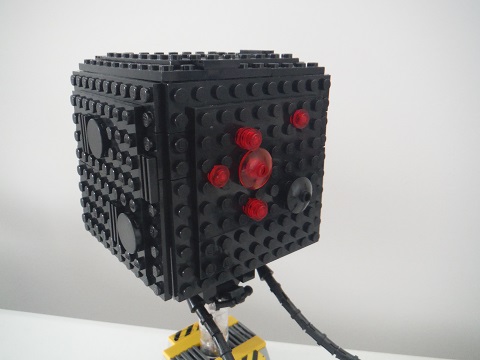 All eyes on the Special!!!! Leave your comments and support if you want!