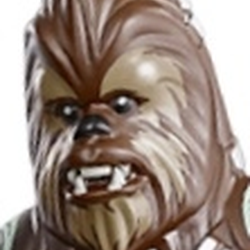 Lego Ideas hasn't had any Star Wars sets reach the shelves so I have designed and created a clone outpost on Felucia. This set is my own design and is not based on any pictures or scenes from the films or TV shows. The base itself is very sturdy and has been designed for Lego fans of all ages. There is an equal amount of playability as well as display-ability. The idea was to create something completely new that had never been done before. There are many play features on and in this base. On the top of the base there are two clone troopers who are fending off the enemy threat. They stand behind specialist walls designed to provide cover for the troops fighting. As you can see from the pictures there is a lot of plants and flowers on top, this is done to match Felucia's surface which was very jungle like and was covered with flowers and plants.

On the front of the base you may notice two studs, underneath them is a keypad which is used to open the large hidden door which you can easily fit a mounted AT-RT through. Inside is a small underground outpost.On the right wall (as you enter) there is a gun rack which can hold five guns. On the same wall there is a helmet rack which can hold four helmets. Next to it is a holographic table which can be used to plan attacks. Beside that there is a medical bed which troops or Jedi can lie on and be treated by the medic droid. There is also a radar on the left wall used to track enemies. On the front wall there is an AT-RT garage which charges up the walker so that it is ready for battle. Two of the walls have been left open so that there is easy access for playing. If you like this please do support.