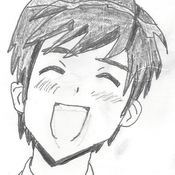 Hello brick-fans! I am WMAN1914, and this is my debut project! It is based off of UNwanted, a comic book that I am writing, so any intellectual property and trademarks belong to me. This is an ORIGINAL project! So please, if you are going to reference this set or series, don't try to pass it on as your own and give credit where it is due.

This set is called City Square Smackdown! It depicts a scene where two supervillains, Raid and Madam Noir, are attempting to unleash a chemical agent and wreak havoc in the city of Sapphire Coast. I apologize for the bad background quality. But, naturally, the heroes are here to stop them! Shadow Angel and Silver Sentinel are here, from the HSC (Heroes of Sapphire Coast). Also here are Chaos and Aviur, representing the Chaos Legion. Finally, to round out this superhero team-up is the lone vigilante known only as Kabuki. This set is filled with detail and playability.

. An invisible stand (for displaying characters/vehicles in flight)

You will find many great features in this set! Each character has their own signature weapons, headgear, and armor. The Air-Crane Hauler  has an arm, which can be used to pick up the chemicals (or maybe heroes!). The bakery has nice details, with various goods. And the park scene even has an 'exploding' function, which throws the statue (if the battle gets intense)!

I hope you all like my project, as more will be coming from this series. Please support, follow, and leave a comment! I welcome feedback! With your support, you can help make my dream a reality!