The Bluesmobile ( The Blues Brothers car) 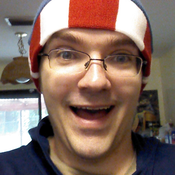 "Elwood: It's 106 miles to Chicago, we got a full tank of gas, half a pack of cigarettes, it's dark... and we're wearing sunglasses.

Many movies have cool cars. Few have cars as iconic as The Blues Brothers. The 1974 Dodge Monaco recreated here was central to many scenes in the movie. On its roof is the speaker Jake and Elwood used in the film to attract people to their concert.

Next year will be the 25th anniversary of the Blues Brothers film. Celebrate by bringing the Bluesmobile to your home.