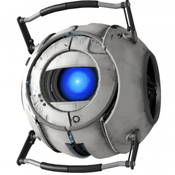 With the completed map guiding her, Rey flies the Millenium Falcon to the planet of Ahch-To, the location of the first Jedi temple. Upon arrival to a seemingly deserted island, she climbs the numerous steep stairs to the top of the mountainous island. There she finds a cloaked figure overlooking the sea. He dramatically turns around and throws back his hood: it's Luke Skywalker! Rey holds out his lightsaber, asking for him to take it up once more and fight for the freedom of the galaxy.

This small set would be a great way to celebrate this memorable scene from The Force Awakens. The island build has steps for Rey to climb and can open up to reveal Luke's cave where he lives on the island. The set has three great minifigures: Rey with her jacket, Luke Skywalker with removable hood and cape, as well as R2-D2.

Thank you so much for viewing! I estimate the price to be about $19.99 USD, and affordable price so many can get their own Force Awakens Luke. Be sure to take the ten seconds to support, every vote counts!