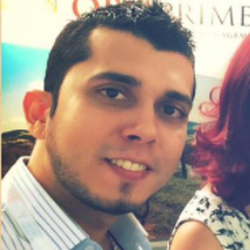 Ambienced on a latin american coastal vacation atmosphere, Casa Cartagena is a perfect place for all the passing-by tourists who want to take a break of walking around the 'Walled City' and grab a cold drink or just chill out.

Everyone is invited to come inside Casa Cartagena to have a nice fruit beberage!

Casa Cartagena would be a great LEGO set because it's not only playable with, but also very decorative; it suits well for children and adult fans of LEGO; its combination of split-in-half and modular techniques can make it look awesome when you mix their functionality (i.e. open the model in half and remove the ceiling and second floor of the left side); finally, this model has the right balance between brick quantity and detail (I tried to keep the brick count to the minimum without sacrificing the building's details)