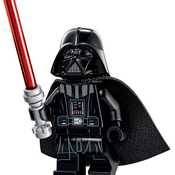 I propose a new Lego set based on the iconic passenger ship 'the Fairstar' the ship was based in Sydney, Australia. It was launched on 15th December 1955 and cruised all around the world. Australia’s beloved Fairstar the “FunShip” may well have long gone, however for countless past passengers, the memories will remain for a very long time, for this ship was one of a kind!

TSS (Turbine Steam Ship) Fairstar (Fairstar, the Fun Ship) was a popular Australian based cruise ship operating out of Sydney for 22 years. Originally completed in 1957 as the British troopship Oxfordshire, was converted to become the Fairstar in 1964 for immigrant voyages and from December 1974 was permanently engaged in cruising.

On 19 May 1964 the Fairstar left Southampton with a full complement of passengers, mostly migrants, on her maiden voyage to Sydney, Australia, joining older company vessels Fairsky, Fairsea and Castel Felice already operating in the same role. During the low season of the migrant run, SITMAR used the ships for cruises out of Sydney to the South Pacific. Fairstar's first such cruise departed on 6 January 1965 under charter to Massey-Ferguson for their annual convention. After almost another full year of liner voyages from the UK to Australia, Fairstar sailed on another cruise from Sydney, departing on 22 December 1965 and visiting Nouméa and Suva. SITMAR lost its migrant carrying contract to Chandris Lines in 1970, Fairsea having been withdrawn in 1969 following a disabling engine-room fire mid-Pacific. Castel Felice also went to the breakers in October 1970, after a career of almost 40 years. Fairsky was laid up in Southampton in February 1972, not returning to the Australian service until November 1973.

During the 1990s, Fairstar suffered an increasing number of breakdowns and problems. New SOLAS (Safety Of Life At Sea) requirements that were to be introduced in 1997 meant that Fairstar would require extensive upgrading which would cost millions of dollars. In late 1996, the managing director of P&O, Mr Phil Young, announced that Fairstar's long career would conclude the following year. When the news was broken to the public, the final cruise was sold out in a few hours. On 21 January 1997, Fairstar sailed on her last ever cruise, visiting Amedee Island, Nouméa, Lifou, Vila and Havannah-Boulari Passage before finally returning to Sydney. On her return to Sydney, she had the traditional long white pennant flying from her mainmast.

The name "RIPA" was then roughly painted on her bow (which many believe stood for "Rest In Peace Always") and she flew the St. Vincents & Grenadines flag. Soon after, she slipped out of Sydney harbour and arrived at Alang, India on 10 April 1997 where she was broken up for scrap.