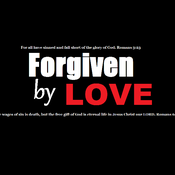 "Three crooks just escaped Lego City Jail and are at large. We believe they are after you." The message was clear. "10-4, HQ," replied the security guard in the Octan Transport Armored Van. Just then he spotted them. "Team," he said, "we've got company."

Ladies and gentlemen, let me present the Octan Transport Armored Car. This is my first public Lego creation, and I am proud to present it to you. The Armored Car set is the story of 3 crooks and 3 security guards fighting (without weapons or violence, of course) over priceless artifacts from the museum. The set includes 1 armored van with a ramp system, 1 painting and some other museum artifacts, 3 security guards, 3 crooks, 1 ATV, and 1 motorcycle.

Problems that will be solved upon initiation:

This section will feature issues with the set that I don't have the Legos or technology to fix.The Lego Company does have the technology to do this, so these problems will have to be solved if Lego does receive my idea and initiates this as an actual set.

1. The Stickers that say "Octan" and "Octan Transport" are on white printer paper in the pictures. They will be on the clear sticker stuff that most Lego stickers are made of. Therefore, there will be no white behind the logos.

2. The White Hubcap on the front passenger wheel is white because I didn't have access to four of the gray wheels shown for all of the other wheels. If this becomes a set, all of the wheels will be gray.

4.The License Plate I used came from another set and had that set's catalog number on it. Obviously, I would have a different set number, so the license plate number would be different.

5. The Axles on the bottom are strange in length and in the fact that they have rods to put wheels toward the inside of the car. Upon initiation, the axles will be two by two bricks each with one rod for the wheel. Not to be a master of the obvious, but there will be four of these.

6.On One of the Guard's Pants, one leg is lighter than the other. Again, this is not something I have the Legos to fix.

If anyone sees an error on the truck that I didn't cover, please leave a message under the comments tab and let me know.

Please be checking the updates tab frequently because I will post stuff every once in a while!!!