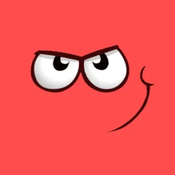 By Krolera
18 comments
Kikoriki are animals in the form of balls. They often get into various adventures. There are nine characters in the series: Krash, Chiko, Wally, Rosa, Olga, Barry, Carlin, Dokko and Pin. Pin is a Jack-of-all-trades. It was he who made the Sharoliot in space. There are nine rooms in the Sharoliot : an airlock, a super suit warehouse, a shower, a hospital, a food warehouse, a kitchen, a room with a reduction machine (you can get it out of the room), a Dokko laboratory, the main hall (there is a mini robot here). I also included three planets in the set: Desert (There are living stones on this planet), Mud(Here lives the dirt that fell in love with Chiko), Slimy (At night all the lakes of slime freeze) and a balloon with air. In this set I hid a lot of references to the series.
I decided to build this set because people of different ages from all over the world love this series, and will be very happy to see it in LEGO.