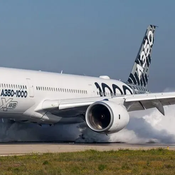 This project is a representation of Toronto : it depicts the CN Tower, the Rogers Centre and the Ontario Lake.

Toronto is located in southern Ontario, Canada. This is the economic capital of Canada and one of the most powerful city of northern America with Chicago, Los Angeles and New York. Toronto is 630,2 km², and approximately 2.800.000 people live in the city. Toronto is located in the Golden Horseshoe Area which count about 9.500.000 people. It is built at the edge of the Ontario Lake, one of the five main lakes of the Greater Lakes region of Northern America. Toronto is a beautiful city with many modern skyscrapers and several architectural styles under area where you are in the city : Downtown Toronto, Chinatown, Little Italy, North York, Yonge Dundas... Toronto has the world longest street in the world : Yonge Street (86km). The city is also a place of culture and tourism : there are so many museums, touristic area, attivities to do... Toronto has several universities and the main one is University of Toronto ( with its 3 campuses) which is 31st best University of the world and the best of Canada. The city is always very active. Toronto is one of the most cosmopolitan city in the world and one of the most comfortable city to live !

I wanted to represent Toronto with its most characteristic monuments. Rogers Center, which is the biggest stadium in Canada, was built between 1986 and 1989 by architects Rod Robbie and Michael Allen. The stadium can receive a maximum of about 70 000 people. It is 86m high. Rogers Centre is the headquarters of the Toronto Blue Jays, the city baseball team. Sculpture “The Audience” welcomes fans into the stadium. It is composed of 15 fan statues on the northeast and northwest corners of the stadium. They are the “keepers” of the Rogers Centre so to speak. And they are all meant to symbolize the different kinds of fans : you have the hecklers, the father and son, the muscle man, the hungry fan, and many others. The statues have a bronze-like finish. Renowned Canadian artist Michael Snow designed the statues. The sculpture reflects sports : all the solidarity, all the sharing, all the love we have for a sport team, a country ; all the pride...

Then, there is the Ontario Lake. It has an area of 18 960 km². It is the 12th biggest lake in the world. Thanks to the lake, Toronto has grown since its foundation in 1793. The lake (and Saint Lawrence River) makes the link with the Atlantic ocean and rest of Canada for exchanges of goods. It is also touristic : we can do a lot of activities on the lake like go boating, go canoeing, go swimming because Toronto has several beaches… In winter, the Ontario lake is partially frozen. So, all the year, the lake adds charm to Toronto.

And finally, the CN Tower is the uppermost tower of America and one of the highest of the world. It is about 553m high and is taller than the One World Trade Center in New York, USA. The CN Tower was built between 1973 and 1976 by architect John Andrews. The tower is the symbol of Toronto. It is located in the heart of Toronto : Downtown Toronto. The tower overlooks the city. It is really touristic. There is inside the CN tower, a glass floor, a panoramic restaurant. There is the Skypod (447m), an impressive panoramic where you can see all Toronto and also the US coast at the edge of the Ontario Lake. You can also do the Edge Walk on the roof of the CN Tower and turn around it for 30 minute next to the empty space. The CN Tower is emblem.

The nice logo of Toronto depicts the two towers of Toronto City Hall. It is important that the logo appears on this Lego idea beause it is specific to Toronto.

The project has approximately 470 pieces.