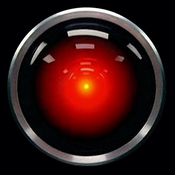 By Ianto2424
26 comments
Featured in the film 2001: A space odyssey, the United States Spacecraft Discovery One has become one of the most famous and well known spacecraft in cinema history. It's unique, elongated design, coupled with iconic scenes, including the pod bay door and the computer bank scene, make this spacecraft a truly iconic symbol of Sci-Fi.
This screen accurate model features an accurate cockpit module, neck, and engine block, along with key details such as the iconic communication array, pod bay doors, and accurately shaped engines.
This set would also include a minifigure of the main protagonist of the film, David Bowman, in his full EVA suit. Along with Dave, a printed 1x3 tile would be included to represent the evil HAL-9000 artificial intelligence, the main protagonist of the film.
The model features 1947 pieces, and measures 105cm long, 15cm tall, and 24cm wide, making it one of the longest Lego sets ever produced.
I believe this model would make an awesome set, and it would look very good on display.