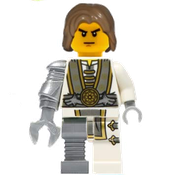 This is the Black Bounty, the destiny's bounty when stolen and redesigned by Lord Gamadon.

I wanted to make a Ninjago 5th anniversary set. So I decided to build this because I thought this was really cool in the television series. I also wanted to make a full scale model of it the Destiney's Bounty.I think this would be a great set because, even though we've had two Destiney's Bounty sets, neither have had much size or interior. Also there has never been a black one.