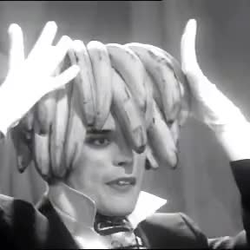 Standing tall as the Legend of Zelda: Majora's Mask's most iconic landmark is, undeniably, Clock Town Tower, plotting itself right in the heart of the dying land of Termina. And now, incredibly detailed, may it stand tall within your own collection of Lego Modular Buildings. Including the  mystifying underground waterworks, the elusive Clock Town Bank, and (of course) the massive, intricate wooden clock. The model currently includes three minifigures: Link, the Hero of Time himself, the Happy Mask Salesman, the shady, mysterious, and demanding rightful owner of Majora's Mask, and clock town's own red-haired banker. Plus, there is a playful dog, ready to bound around the town square.

The Legend of Zelda: Majora's Mask was a video game originally released in year two-thousand, set in the distant, fantasy land of Termina, where it is fated the moon will crash to earth in just three day's time, demolishing all life. Luckily, a young hero by name of Link appears, ready to stop the catastrophe, even if it means turning back time itself. And in the center of this kingdom lay Clock Town, hosting the magnificent tower depicted here. And with The Legend of Zelda's thirtieth anniversary upcoming, it seems only fitting to have such a breathtaking building to be honored as a Lego model.