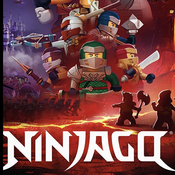 By Ninjagofan16
15 comments
This is a model of the red arrows, blue angels and USAF thunderbirds. These are all aerobatic teams. They each come with a unique base and stand, and are mini size. Here is a bit about them.
For five decades, crowds around the world have delighted at the daredevil displays of the Royal Air Force Aerobatic Team, better known as the Red Arrows.
Their breathtaking airborne stunts with multicoloured vapour trails, carried out in distinctive single-engine red jets, have become a familiar sight in the summer skies at air shows and military events.

The "Blue Angels" are the United States Navy Flight Demonstration Squadron. They also represent the US Marine Corps.

The Thunderbirds were officially formed on May 25, 1953, as a 3600 aerobatic squadron at the Luke airbase, Arizona. In the beginning they used four Republic F-84G Thunderjet. The first appearance of the Thunderbirds was on July 1, 1953 at Nellis airbase, Nevada, while the first demonstration was on July 8th and the first publics display was on July 23.
I built this model because I have a huge passion for aircraft, and thought making mini models would be a good idea.
I think this would make a great set because the aircraft are easily detachable so you can take them off and play with them. They are also very detailed. This model includes 731 pieces.