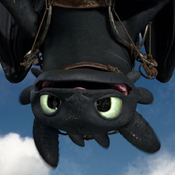 I really like the movie so I thought that maybe I should make some Gremlins lego and here it is! This is the part of the scene were Billy chases after that Gremlin in the department store, but instead of one gremlin I decided to put in two other ones that Kate will try to fight off with the flash of her camera.

Inside the store is: A christmas tree, a candy stand that the stripe gremlin would go for like in the film, a soft toy stand, the fountain and plants, clothes rack, a base ball bat rack, a counter, and a gun cabnet.

If you look closely at the window next to the candy stand one you will see that you can poke that open with your finger so you can make the gremlin go through because in the movie the gremlin broke through the window, there is a window in the garden area for when the gremlin try's to multiply but is stopped by Gizmo who opens the window which kills the stripe.

Gizmo has a little car in the set that he drives in to save the day like in the film, Billy can hold the base ball to try to fight off the stipe while the stripe gremlin grabs a chainsaw to fight him then steals a gun from the gun cabinet and uses it to try and get rid of billy, the characters that come with the set is: Billy, Kate, gizmo, stripe, and two other gremlins.