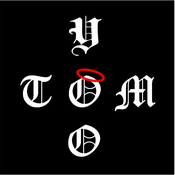 This is arguably the greatest sneaker of all time.

Created by Nike/Jordan brand’s genius-designer Tinker Hatfield, the Jordan XI was originally released in this white, black and dark concord colorway in 1995.

Following MJ’s insight of bringing a formal look to the court, Hatfield broke ground by using patent leather for the first time in an athletic shoe.  Other signature elements for the XI included a ballistic mesh upper, carbon fiber spring plate, etc.  The rest is history.

Only existing Lego elements were used, except logos/decals and custom color for the icy sole.

If produced and well-received, more colorways can be released including the Space Jam, Bred, Legend Blue, etc.

Check out my IG for more pics and colorways : @tomyoo23.

Now, if only you could wear some LEGOS…