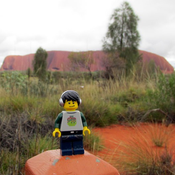 By Robin W
57 comments
The Background Story
It was the worst of times, an age of foolishness, and seasons of darkness in the King’s court. The forest outlaws had been carrying out many cunning plans to attack the royal castles, stealing treasures, all of the food that had been stored, the weapons, and generally everything but the girl. The girl in question was the King’s youngest daughter, Princess Isabella. Isabella was not only beautiful, but strong, fast-thinking and rather cunning too, when it came to planning devious plans. In the King’s desperation, and with his daughter now a young adult ready to take on more responsibilities, he asked her if she had any fresh ideas on how to tackle the outlaws, before they completely took over the Kingdom. The Princess suggested that rather than use all of the King’s people simply to defend, it would be helpful to go into the forests undercover and spy on the outlaws. Perhaps some of the knights (and herself) could even dress in disguise as outlaws and find out information on the next attacks before they happened. For this, the Princess declared, a royal secret hideout in the forest would be needed, from which to “operate, gather information, and stealthily cause any disruption to the outlaws and stay one step ahead of them”. And so, the King agreed on the hideout, and trusted his beautiful Princess Isabella to command some of his people whom would construct it and be based there to help out with her plans.
The Model
The model comprises 1403 pieces, with a footprint of 32 studs wide by 16 studs deep. The outer “walls” are in the style of tree trunks and a rock-formation. The hideaway interior is based on three levels. The model is effectively constructed in two halves that fold outwards on hinges, to reveal the interior and provide access for play.
The lower (ground) level has a hidden entrance in the form of a removable doorway, which leads into a small hallway. To the left of this are sleeping quarters, lit by lamps above which is a flue for the lamp fumes to escape. There is also a small wood store. At the end of the hallway and to the right is a small guarded treasury, where some of the royal valuables are stored, away from one of the castles which had been prone to recent attacks. The lower level also has a stream running through a tunnel, exiting at the right of the front of the model. The far end of the stream is the foot of a well and downstream, a hole is for the escape of minifigure waste material, which comes from a lavatory, accessed via a door in the hallway immediately to the right, after going through the entrance. From the hallway to the right is also a stairwell, leading up to the second level.
The second level up includes a well at the top of the staircase, food preparation area, a small forge, complete with furnace (which doubles up as an oven), and the red-carpeted main lounge area, where the royal princess and her people can plot their activities, whilst relaxing by a fireplace, perhaps reading one of the books from the small library shelves. The aforementioned flue from the lower level runs through to the fireplace and all fumes from here rise out of a side vent. Throughout this level, there are various small side openings from which to fire any weapons, such as arrows, if need be for defence. The right-hand side of this level is also partially open to the sky, and should any rainwater creep in, the floor has a drain outlet running out of the back of the model. From the second level, a ladder runs up to the third (top) level.
The third (top) level has a battlement area to the left, from which to defend the hideaway, with a tree in the centre from which fruit can be collected. To the right is a small passageway, leading to another battlement position. Around here, chickens are kept. Atop the small passageway is another small fruit tree and this section lifts off to facilitate easier access to the second level below. The only internal threat to the hideaway is the monkeys living in the trees that have a habit of stealing fruit from the trees and any other food items the minifigures may happen to leave unattended.
The model includes 8 minifigures, and also the pieces in the set provide many opportunities for either building different models or constructing extensions for other castle-themed sets.