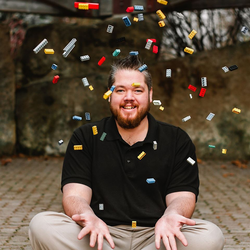 Celebrate the 65th Anniversary of Gumby with a new build of Gumby and Pokey.!
Created in 1955 by Art Clokey, a pioneer of stop-motion clay animation (claymation), Gumby has appeared in both film and television.
Gumby Adventures (1987-1989) was one of the first shows I remember watching while growing up. I loved the colors, the flexibility of clay as a medium, and its imagination of being able to enter new worlds by simply walking into a book. It has inspired me make stop-motion animations with LEGO as an adult.
Together, these large scale buildable figures consist of 1776 pieces.
31
227
days left