This is my custom Regional Train (with power function!) without the station.
In the version with the station,I was asked to change the train color with lighter one,so I changed the earth green with a light green colour.

This set has got 946 bricks;including one dog,9 minifigures and the Power Function Controller.

There is a station worker,a train driver,two railroad workers,a ticket inspector (the policeman) and four travelers. 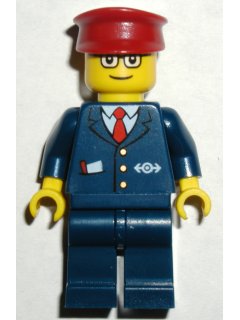 In the photos I added a man with the train drivers' correct uniform (brick # 4275886),because on LDD I couldn't find it (if the set will pass,this would be the uniform that will appear).

The train has got one locomotive,one first class coach and two second class coaches. The first class carriage is smaller,but it has got red carpets and a luggage storage for every passenger.
On the other hand,the second class wagons have got more seats,blue carpets and a smaller luggage area. Every wagon has got one door for size and an emergency exit in front and in the back. Locomotive has got two doors for side. 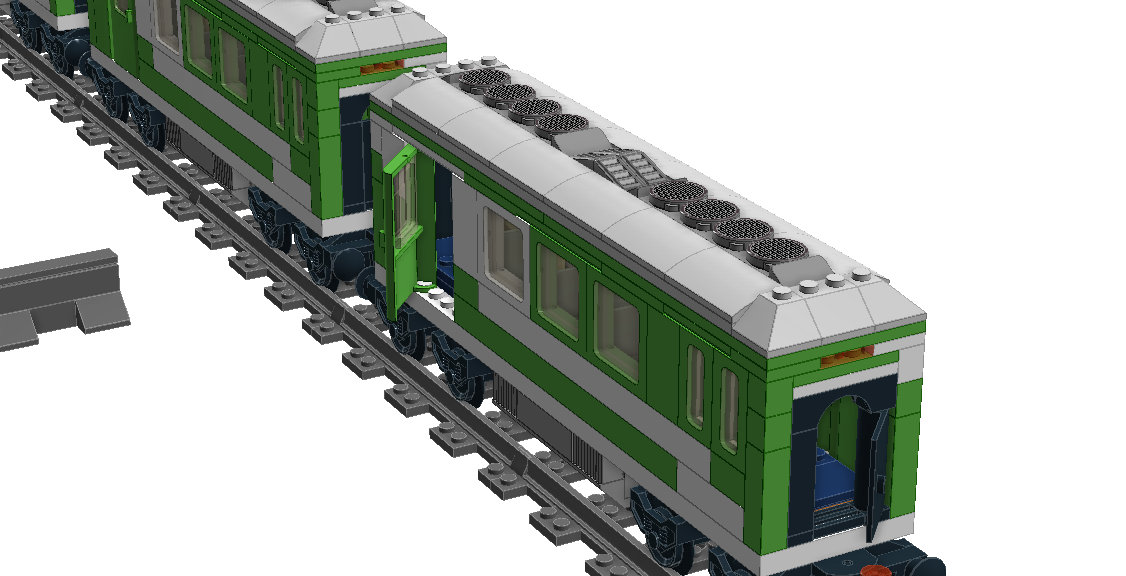 There are two traffic lights for trains.

For access the train,you can use three little stairs provided in the set. 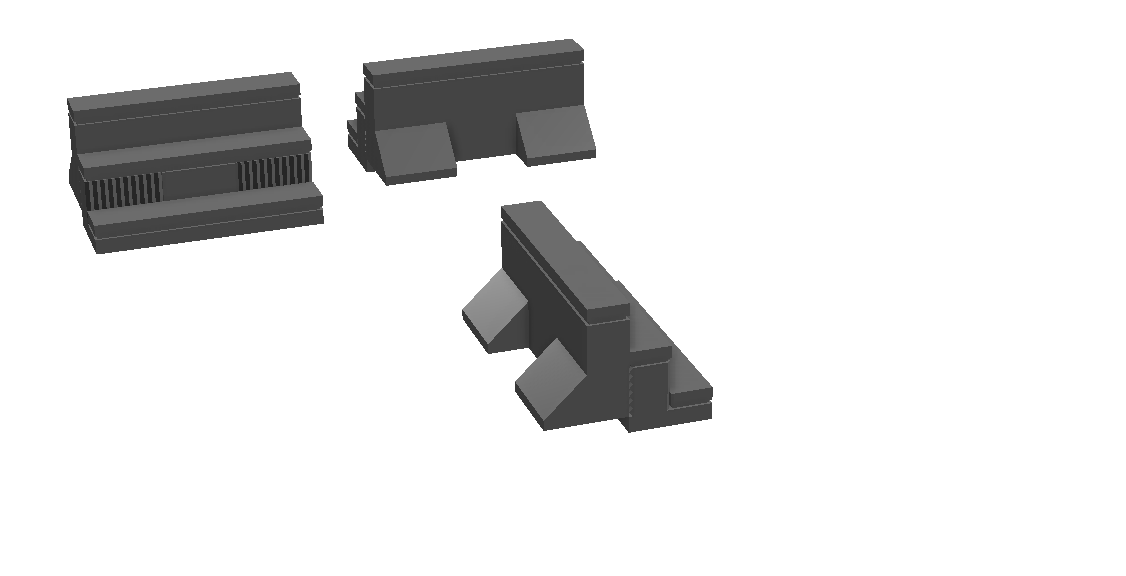 In the Lego Digital Designer's file,I used the 9V engine,but in the reality,there will be the recent automatic wheels (the piece part #4584375 with two cross pieces #370626 that link four wheel #4582034,like in the recent official City's sets),and there isn't the remote too;because they're not in the program. 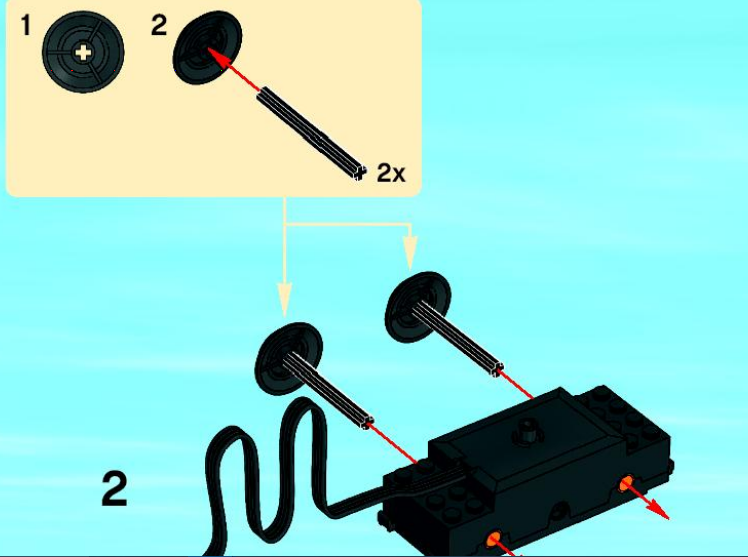 P.S.: I'd like to add some stickers like the one that I made,but even without them,I think this could work too! 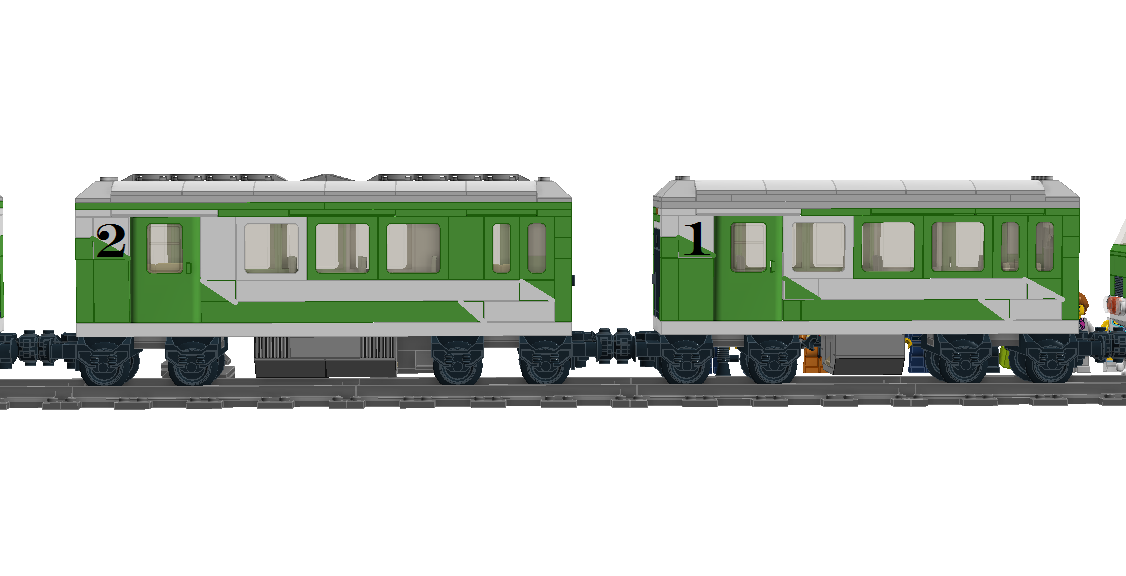 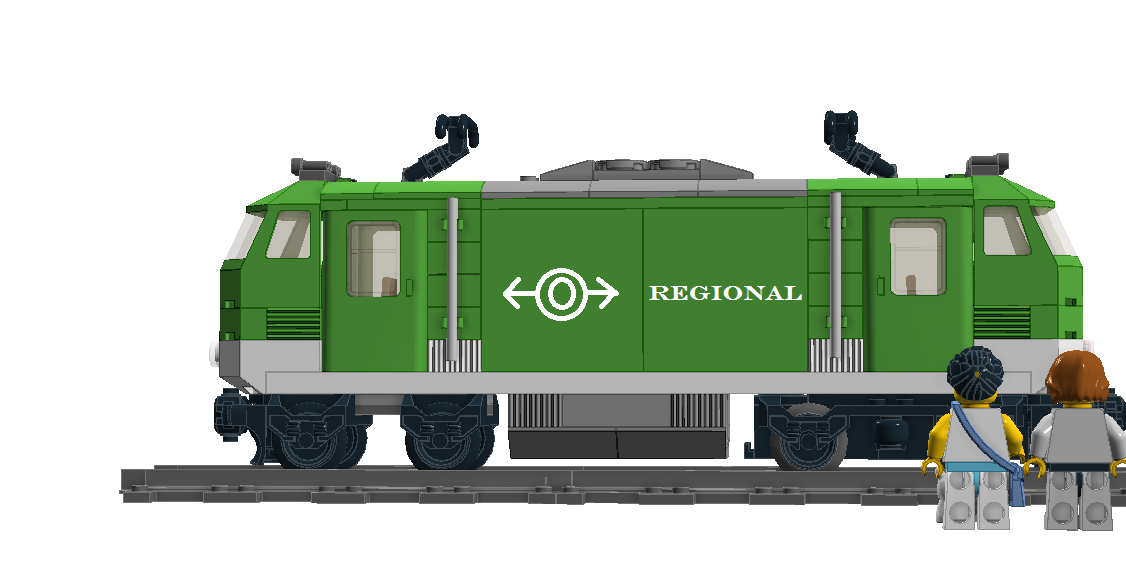 P.P.S.:for any question or suggestion let me know in the comments