By Spiderpudel
5 comments
Havhingsten fra Glendalough or English The Sea Stallion from Glendalough is a Danish reconstruction of the Viking ship Skuldelev 2 which was build around 1042 near Dublin.
Wikipedia: http://en.wikipedia.org/wiki/Havhingsten_fra_Glendalough

The ship type was used as a war ship (in contrast to trade or transport) throughout the Viking age. You can see similar ships on the Bayeux tapestry as well. So, you could use this one to raid Lindisfarne in 793, discover Greenland under Erik the Red or conquer England in 1066.

Here's of the LEGO® model.

It would be great to have that double-Danish icon as a LEGO model. There has been a Viking ship set (Set # 7018-1) in 2005, but this was very fantasy inspired and therefore not really authentic.

The set has 299 pieces (including the sail and three strings for the rigging). The blue pieces underneath are just for display purposes.

It could for example be sold at the Viking Ship Museum in Roskilde, Denmark.

In case the project gets approval from the Cuusoo team, I would be happy to donate the royalties to the museum. 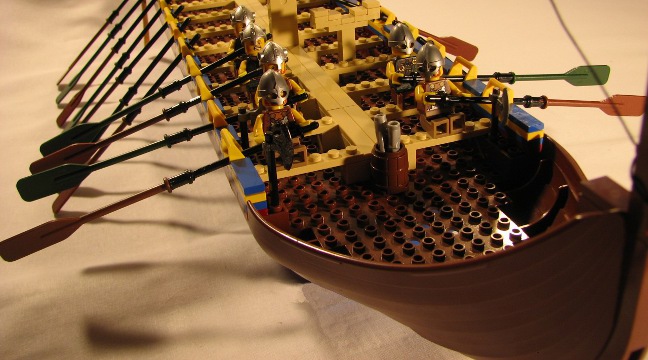 I got the blueprint of the Havhingsten from the museum in Roskilde and went from there.
My sister was so kind as to sew the sail. By the way, the red parts were dyed with beet root juice. 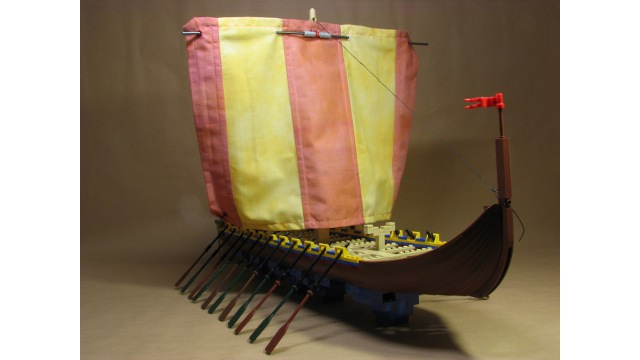 As with the real Havhingsten, the mast and sail can be taken down to lessen the wind resistance and to make rowing easier. 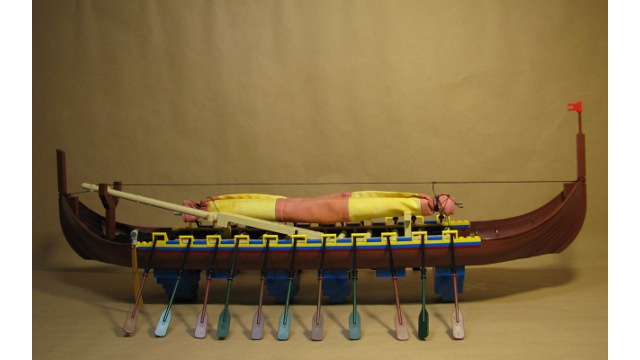