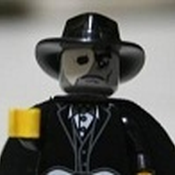 "Com-scan has detected an energy field protecting an area of the sixth planet of the Hoth system. The field is strong enough to deflect any bombardment." - General Maximilian Veers

In the face of an impending Imperial assault, the Rebel Alliance troops are preparing their defense of the main power generator producing a protective energy shield over their secret Echo Base on the remote ice planet Hoth. Because of the power/shield generator’s strategic importance to the Rebels, the area surrounding it is heavily fortified with troops, anti-infantry turrets, laser cannons and trenches.

This project is intended to be a big playset with the total piece count (including minifigures and props) of 2553. Alternatively, the set could be separated into individual components.

This playset would look very well with any LEGO Hoth/Echo Base set produced over the years and be a part of your own Battle of Hoth diorama.