By scottlfa
0 comments
For completeness, my favorite project built with the Lego builder and the reason the Grendal hawk was made is the Hawk dropship. The vessel is completely hollow, including two fully detailed engineering decks, one mech deck with loading areas, loading deck from the front, crew [passenger] deck with swivel chairs and a complete bridge deck. Transparent panels were placed to help see whats in side the model and various doors open to expose the internals of the ship. Two Grendal hawks are included to show scale along with the Lego guys and one of the internal engine pieces. The quad is also part of the kit and is meant to be a utility mech. There are numerous turret mounts for weapons based on the users needs.

Though I would love to have this kit in real life it only exists in the builder. The full kit would include four Grendal Hawks, the Kobold utility mech and a crew of ten Lego people. 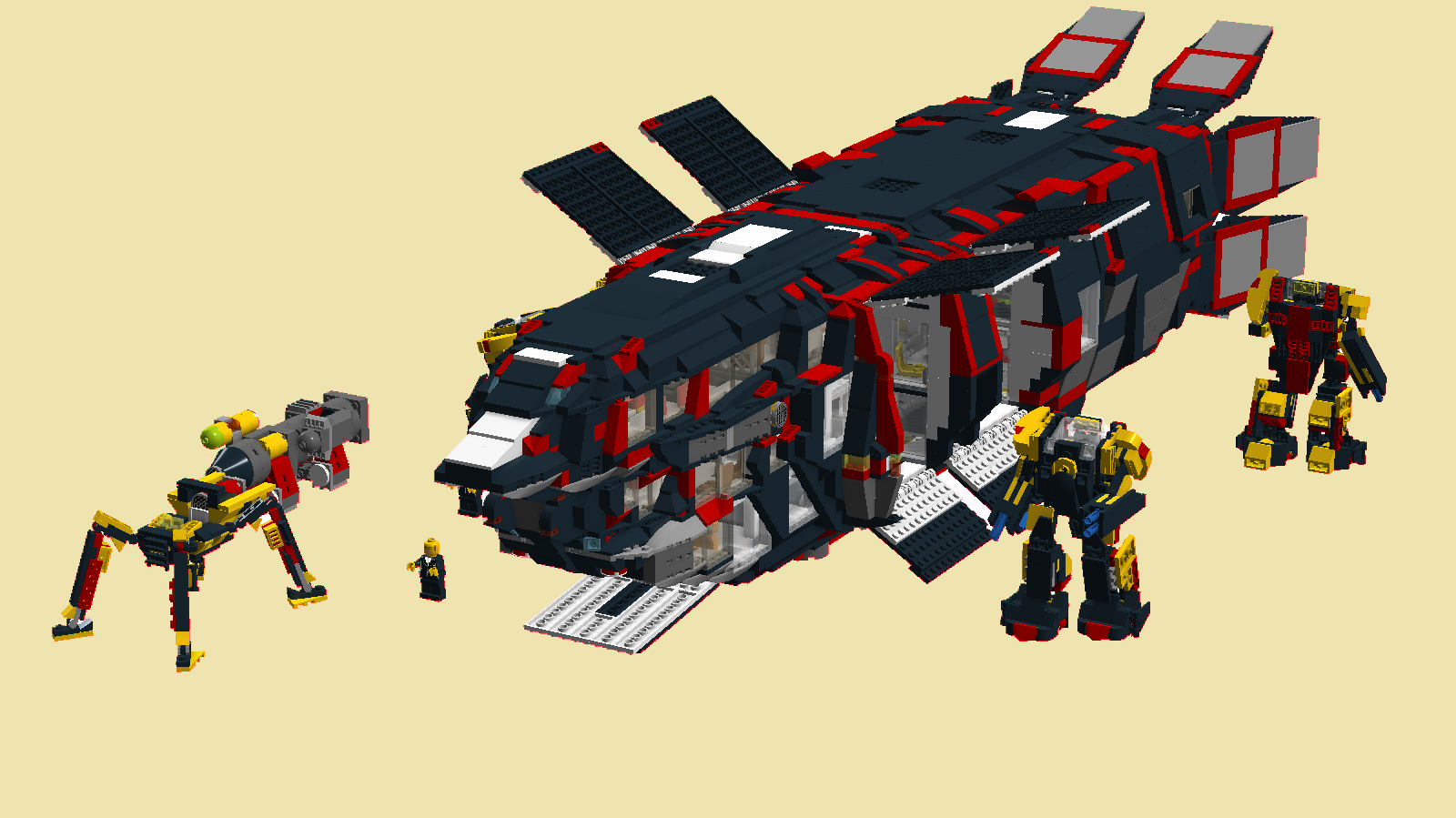 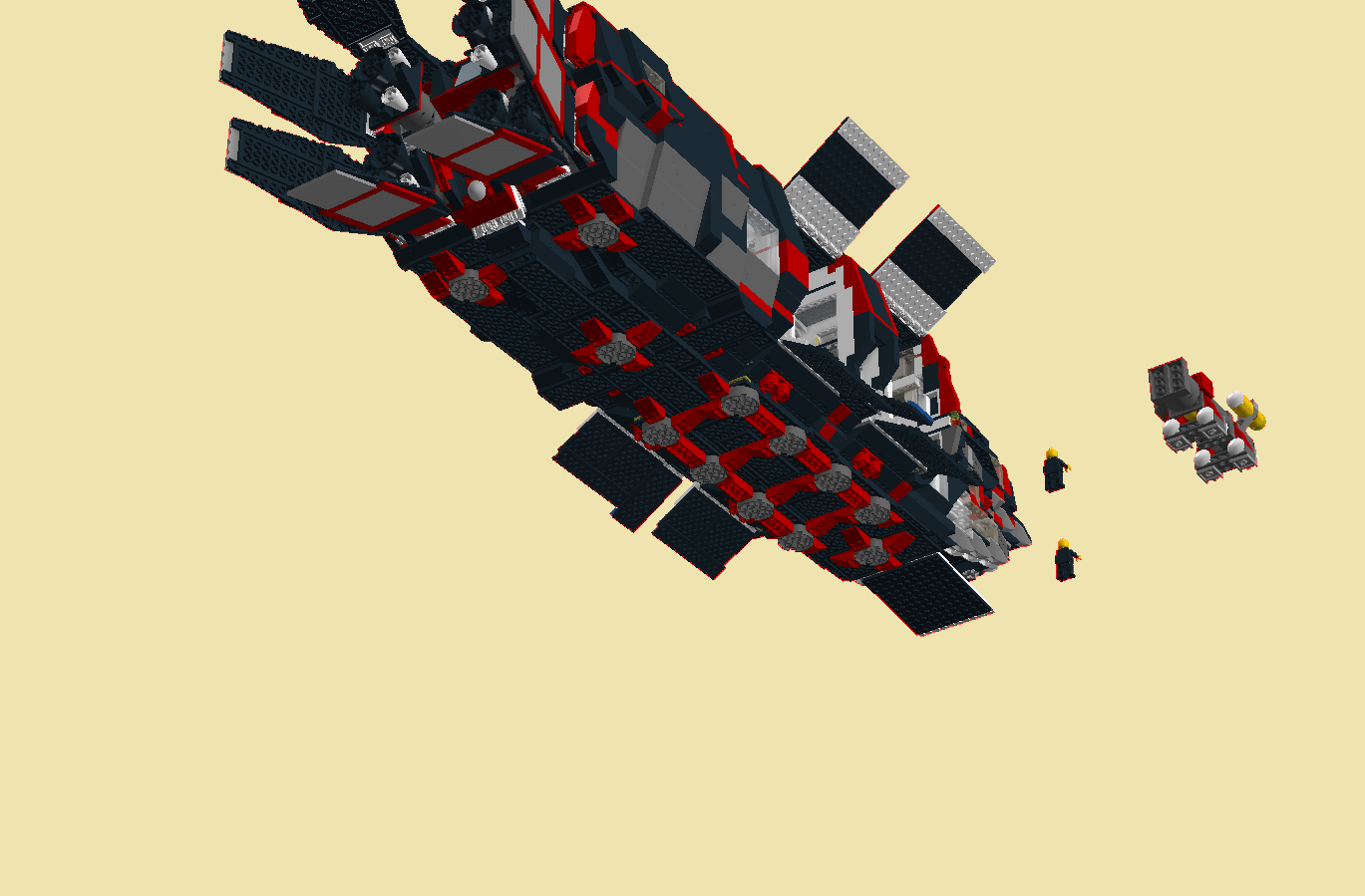 Details of the under belly and back fins. 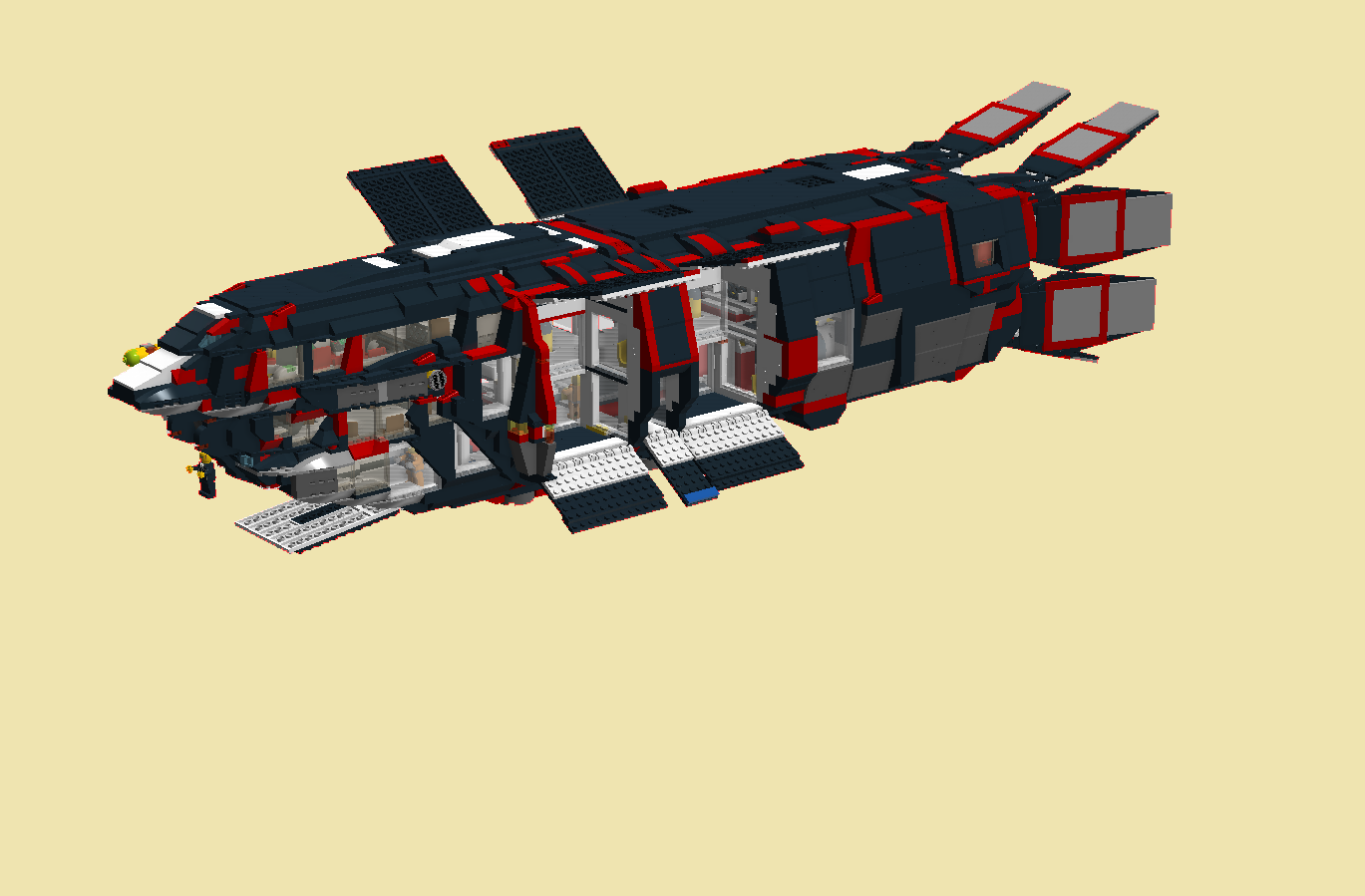 Uncluttered view of the bays and doors. 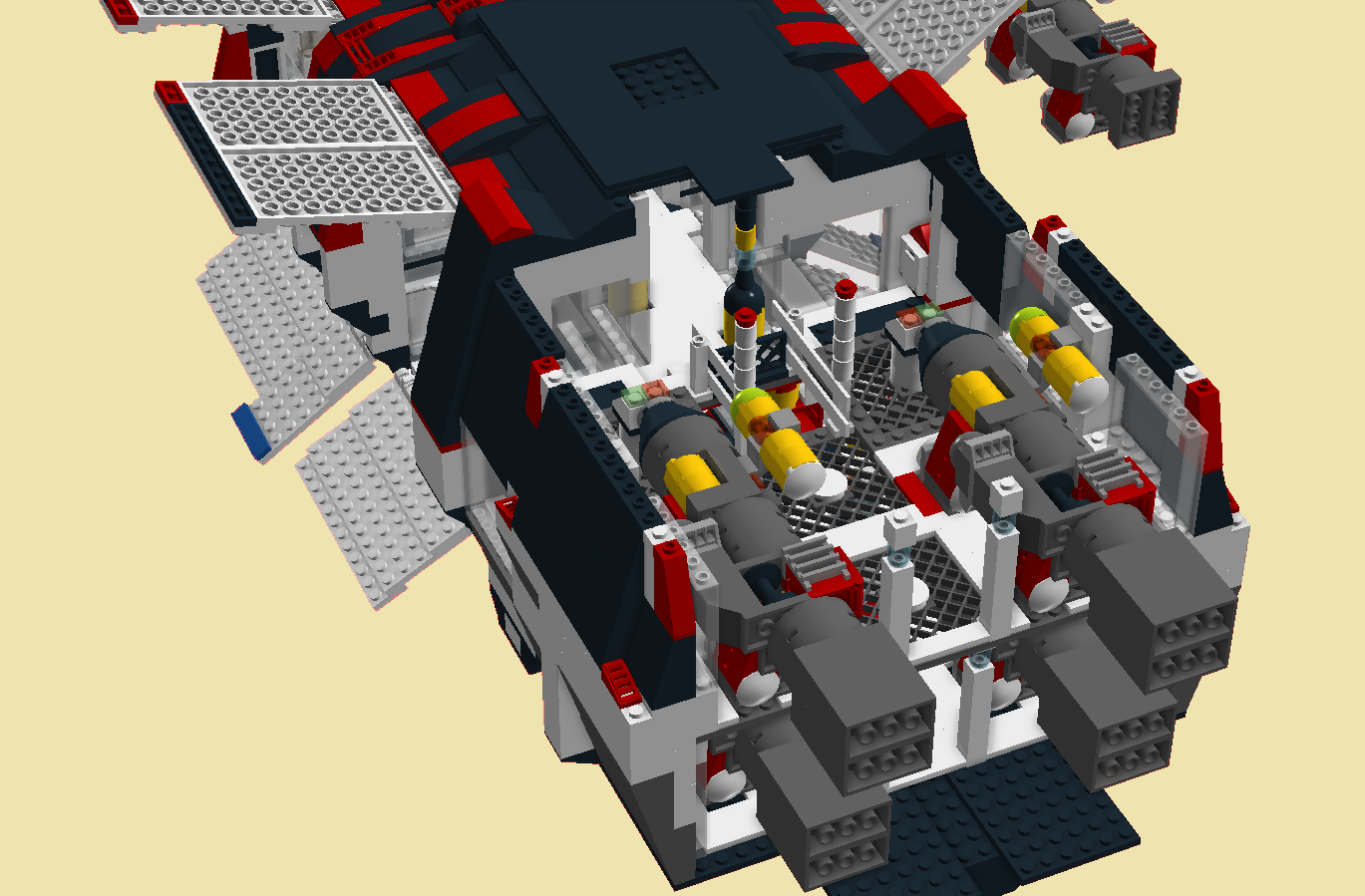 Taken from earlier in the project before the rear engine decks were enclosed in the out hull of the ship. Gives an idea of the internal detail the kit has. The decks are made for lego figures to be moved around without having to bend them about, as if they were able to freely move about the two levels of the engineering deck.