Rhino VS The Amazing Spider-man 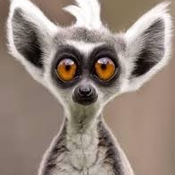 ~~The RHINO suit is the highlight of this set- a park bench with a bin and tree is also used for outside scenery. The set includes 3 minifigures: Spider-man, Aleksei Sytsevich, And a scared citizen.

RHINO SUIT:
*Head tilts up and flaps open up to reveal two studs and enough space for a single minifigure
*Weaponry is attached to the arms and shoulders, including a flick fire missile
*Plenty of articulation provides easy play
*The RHINO suit can be, as well as standing up, on all fours, which looks awesome (either way) and is an iconic pose that all comic book fans would LOVE.