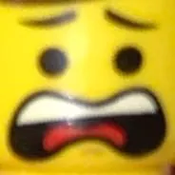 College is a great place...a great place to play Lego!
Not too long ago, world famous artist Kanye West released his tenth album, but what if we remembered his debut, which became a modern classic?
This mini-set a tribute to Kanye's first album, The College Dropout, released in 2004. Is the first in a series of «Kanye West stories» sets, spanning all eras of his albums and telling the whole story of the musician in Lego form. Definitely inspired by the «School Spirit» track, which carries with it a groovy college vibe.
The set lets you get in touch with the legend by rhyming with the album cover and will be a great decoration for your shelf.
The set consists of 243 pieces and includes:
• Kanye West minifigure;
• Exclusive The Dropout Bear head detail;
• Akai MPC detail;
• Vinyl record album detail;
• Backpack;
• Kanye ID's card on the back — It can be cut out
I really believe in this idea, and I know it will appeal to a lot of AOFL and fans of Kanye's work as a little reminder of such meaningful music and a chance to touch the feel of it.
Your support would be sincerely appreciated! Kanye means a lot to me and this piece is completely made with heart. The next sets are already in development.
See you later!