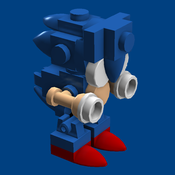 Sonic the Hedgehog, a classic game series, has entertained gamers for generations.

This game was made by Sega. This set is made by me, but the Sonic the Hedgehog is owned by Sega. There are many maps and levels that could be made into Lego. I chose the most well known and classic level, Green Hill Zone, to represent this project. It is definitely the most iconic level in the game. Even some people who are not fans of Sonic will recognize it. The build is a shortened version of the level Green Hill Zone Act 3.

Great thanks to Builder1280 for designs of Dr. Eggman and Sonic the Hedgehog, and other design ideas. Special thanks to GRusso for previous picture rendering and support.

Some interesting bits of information about this build is that at 2,095 pieces, it has a relatively high part count, but 1,695 of those pieces are 1x2 plates. If you remove all those 1x2 plates, the project only contains 400 pieces. The price count shouldn't be to high, as majority of the pieces are the 1x2 pieces, which are inexpensive in comparison to a lot of the other Lego pieces.

I made a youtube video for this project. It has a lot more pictures of the project. It shows the whole project and its part from different angles! Check it out .

Related Projects Deserving Support: Megaman is a popular game deserving to be made in Lego. Alatariel beautifully recreated some classic levels from the Megaman game series. You can check it out here. Another fantastic project is the Pokemon Brick Version project by Kevinhink. He sculpted classic Pokemon from the fantastic game series. Vote here to make this amazing project a set!

A special thanks to Ragaru for the inspiration for me to create this project. His Super Mario World Project is fantastic, but sadly, it was archived because Lego can not get the Super Mario Bros. license. His rendition of the wonderfully classic game looks great! You can find it here.
His Legend of Zelda project is just really well made. This brilliant rendition of the wildly popular game series is extremely accurate, and the sharper, Twilight Princess like look he is using for it is the way to go I think with The Legend of Zelda Legos. It has now reached 10,000 supports! We await the review results! Check it out here. 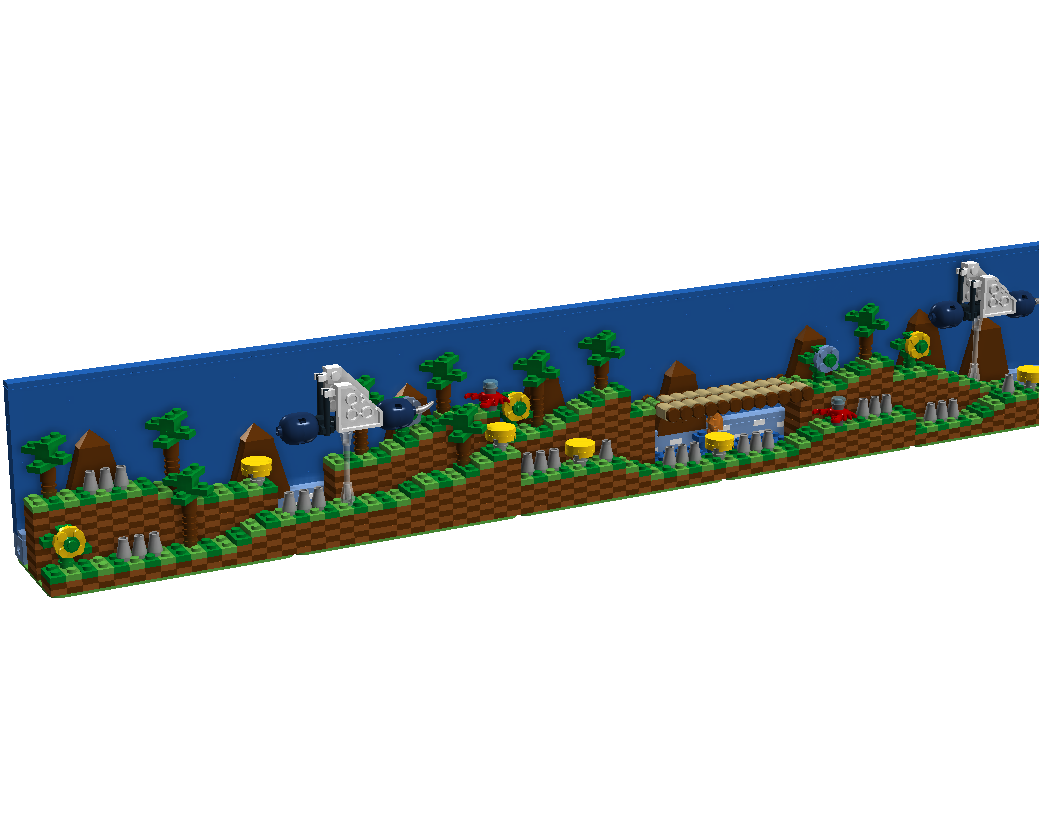 This is the main area of the build. Sonic must traverse the area. There are many possible

enemies that could be used. I made two Buzz Bombers, common enemies in the level. I

also included two Crabmeats. Behind the bridge, there is a Chopper enemy jumping out of

the water, which is similar to a robotic fish. There are many spike obstacles, with springs

to jump over them. There are trees and flowers. There is a background with a sea, a sky, 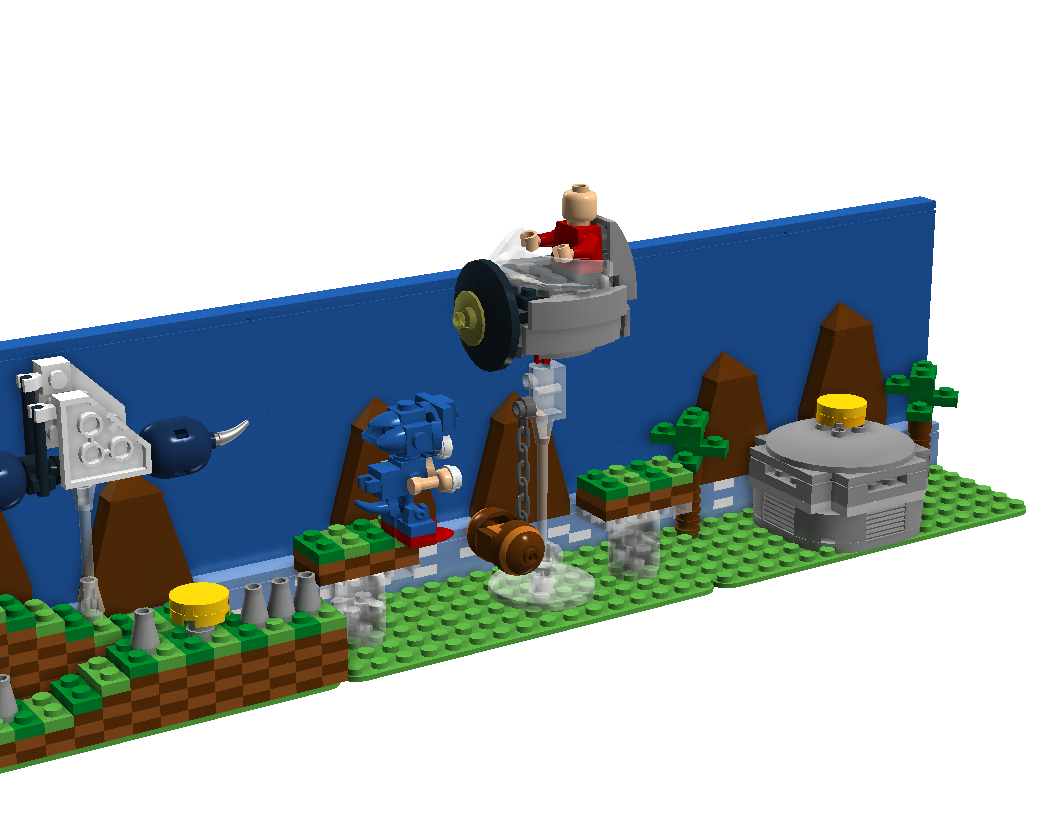 This is a boss battle. It is Sonic the Hedgehog against Dr. Eggman. There are platforms

for Sonic to jump on. He then jumps on Dr. Eggman's head a few times to defeat him.

Dr. Eggman is in his flying machine he calls the Egg Mobile. It has a swinging egg. Dr.

Eggman uses this to try to defeat Sonic. 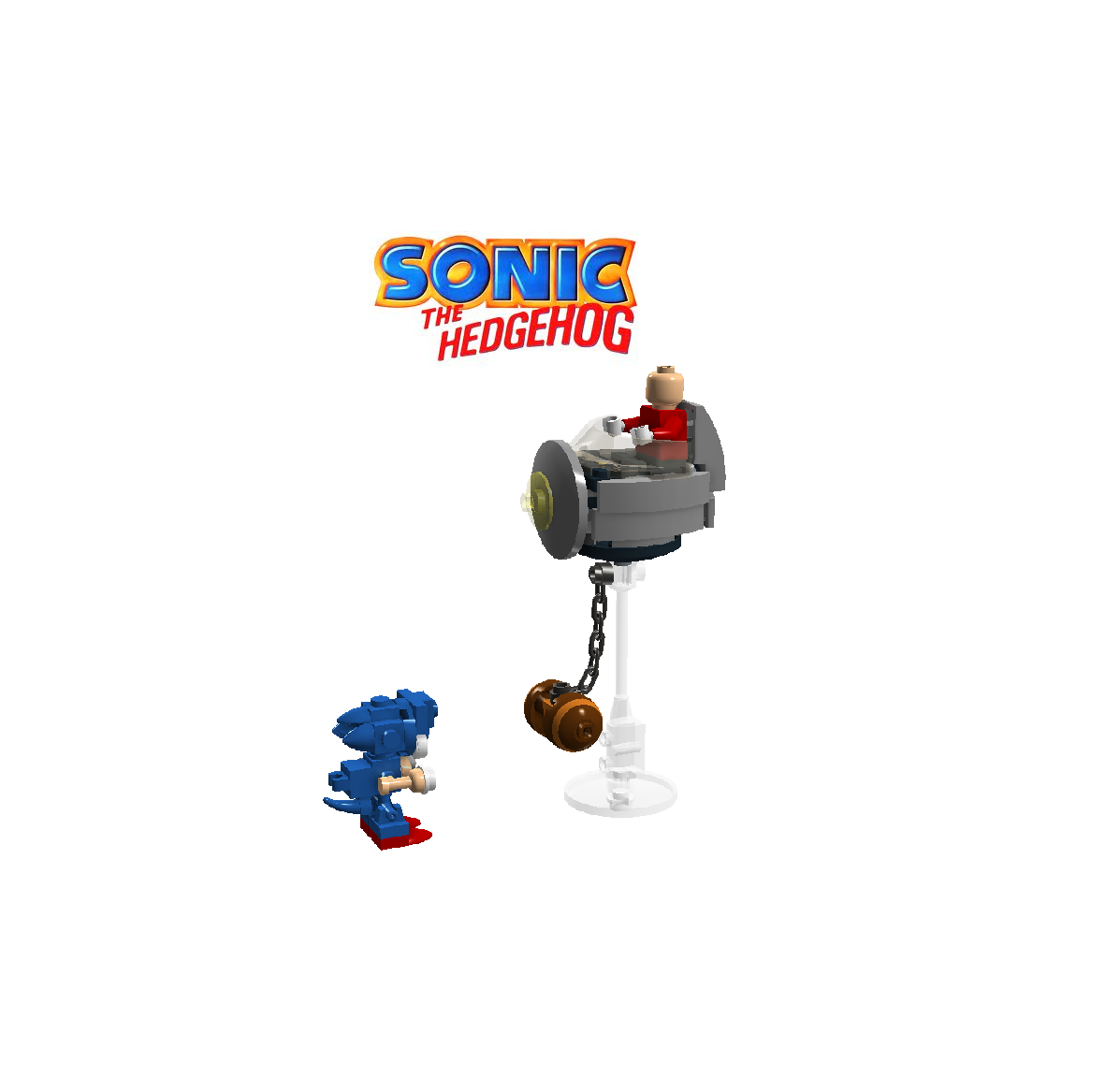 A better look at the Sonic the Hedgehog and Eggman figures. Because they are both

brick built, they would not need any new molds. Eggman could have a shirt and face

design, but no new molds would need to be created. This will keep the price of production

lower, thus increasing the chance of this project passing review. LEGO has already said it

will not be making any new molds for Lego Cuusoo. 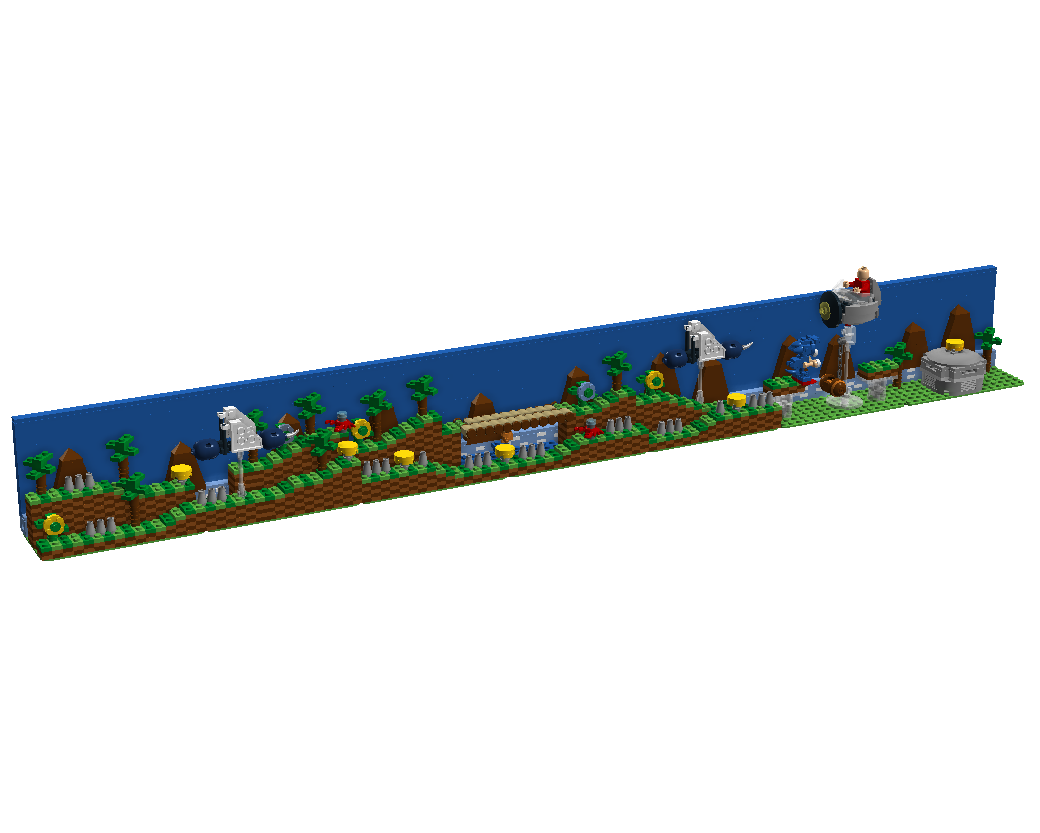 The five sections separate. You can connect and disconnect them for maximum play

ability. You can collect all the pieces. There are pins on the sides, so you can attach

them in any order that you want.