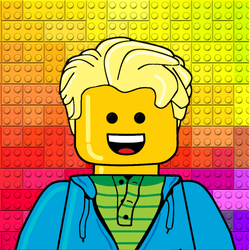 Hello everybody! I'm 101DALEK, with my first Lego Ideas Submission! In this set, we have the TARDIS, and all the New Who Doctors, who are Christopher Eccleston, David Tennant, Matt Smith and Peter Capaldi. With each of them, I gave them one of their companions. Eccleston has Rose Tyler, Tennant has Donna Noble, Smith has Amy Pond, and Capaldi has Clara Oswald. If this were to become a set, any number of Doctors/Companions Lego chooses would be great, as long as there’s someone! This set would probably cost around $20. As you've probably noticed, I made it on Digital Designer. If this project reaches 500 supporters, I'll order all the bricks and do a real build. Also, they don’t have a good choice of torsos on Digital Designer, so I might update it later with better minifigs. Now, fly your TARDIS over to the support button and press it! GERONIMO!