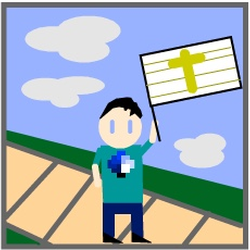 1 Police officer with a Handcuff element

1 Photographer police officer with a camera element that has a 1x1 tube and 1x1 translucent red circular plate. The scanner used is made of camera elements and a blaster element (not used for harm).