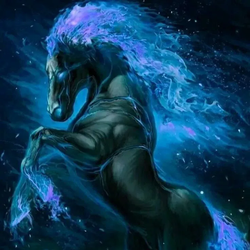 June 1754. Jack, the adventurer, and, apparently, a pirate, has found a hidden place near the Alumin Mountain in the Jungles. From his childhood, he heard a lot of legends, describing that place and the treasures, which were hidden here in the end of 15th century by unknown treasure hunters.

He was raised on these legends. He was obsessed with desire of finding that place. When Jack was 14 years old, he left home and lived in the jungle, strugling for his life, and trying to find Alumin Mountain. It took him another 27 years to fullfil his dream.

And now, he is standing on a small bringe, feeling that he is in the place. The waterfall is nearby, exotic birds singing and there is some strange sound of hungry wild animal nearby. Jack can hardly see the sun, cause of the trees ceiling, obstructing it. Now he is just several steps away from the entrance to the cave, but there is something blocking it. Something, that reminds Jack about the place where he is, and all the danger, which he is going to go through to fulfill his dream.