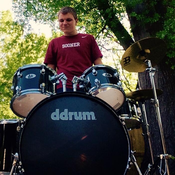 Thank y'all so much for the support of this project! I am pretty pumped to reveal that my next project will be live next month. I can't wait for y'all to see it! -AlphaWolfDrummer.  EDIT: My new project I'm working on, is taking a bit longer than expected and I refuse to do it on LDD, so hang tight. 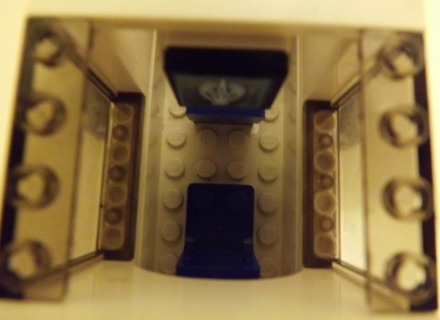 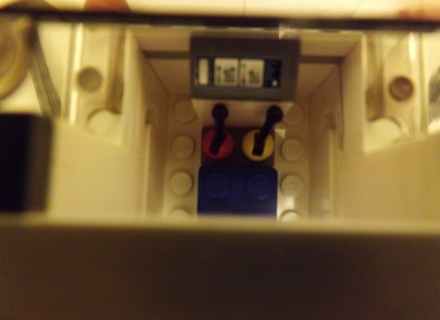 Here is what the inside of the plane looks like. It now only seats 2 Minifigs.

Hello again, this is my first and "Lego Ideas" project and It has come to my attention that I did not post much about the Lego Set itself. The Skyhawk took me 2 days to plan and another 3 to build, and utilizes around 1,000 pieces. I tried to make the plane have a generic look about it, rather than a specific airline, but would like the user to able to customize the colors. The plane has a wingspan of 15" and the body is around 16.5". The plane has no landing gear, rather it sits on a stand like most model planes. The plane seats 4 minifigs and has cargo room, however it is not optimized for a minifig scale. I am working on a few modifications on the engine and stand, including a plaque comemorating the success and specs of the real plane, and a removable engine. Thanks! 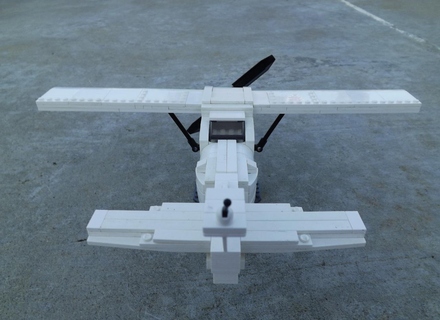 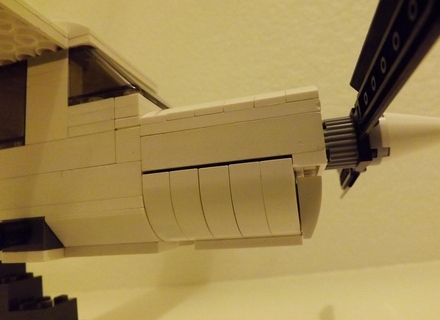 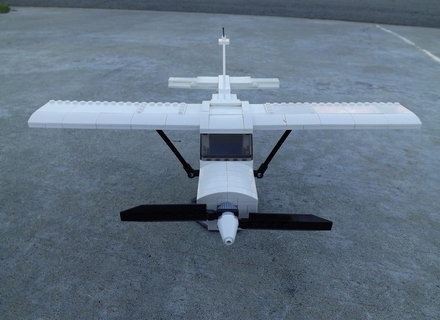 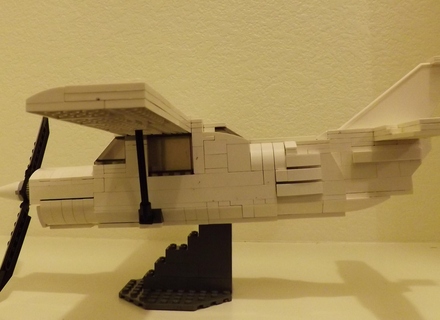 Hello, some people have asked for a few more pictures and, I am happy to provide them. If you have a request for a pic of the plane, just comment! Thanks!