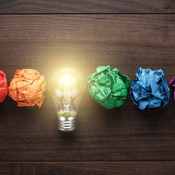 By Vladislav_Creative
22 comments
This is an intercity bus that runs between different cities. Its length is 47 centimeters, width - 9.5 centimeters. The bus has external detailing in the form of headlights, side signals, front and rear bumpers, windscreen wipers. There are 53 passenger seats in the bus cabin, upper shelves for personal belongings, as well as lighting and air conditioners are located above the seats. The driver's cab has a gearbox, a bus control unit and a fire extinguisher to ensure safety.
Separately, it is worth noting the functions of opening the trunks and doors. The roof is easily removable, which allows you to get a good look at the interior. The engine also has parts including gears, turbines and a cooling system. There are opening hatches on the roof. When I was a child, my family and I often went to visit my grandparents in another city, the trip lasted 5 hours, we drove more than 300 kilometers.
At first, it was boring for me to be on the bus for such a large amount of time. But gradually I began to inspect the interior of the bus, listen to the sounds of the engine. I paid a lot of attention to how the driver drives the car, it was very interesting to watch how he switches the gearbox. At bus stops, I walked around the bus, looking at all its details, so I became a fan of passenger buses. I had a dream to assemble a large model of a bus, and now I have succeeded! This bus decorates a shelf in my room. The roof is easily removable, the wheels rotate, which allows you to play with this set and at the same time study its details.