By MechDuck7
10 comments
In my mind a great opportunity was born when LEGO brought out their UCS General Grievous set, and died just as quickly with him being the first and last UCS action figure they've released thus far. And so, in hopes of bring some hint of revival back to that possible set line, I present my Ultimate Collector Series Terminator Model 600!! I am aware that he's not going to be doing much walking anytime soon but I left him like this since:

1) I haven't come up with a sturdy leg design yet
2) As is he still makes a good shelf piece.

The fully COMPLETE figure would come with a enlarged display stand and some interchangable weapons like a minigun or flamethrower. 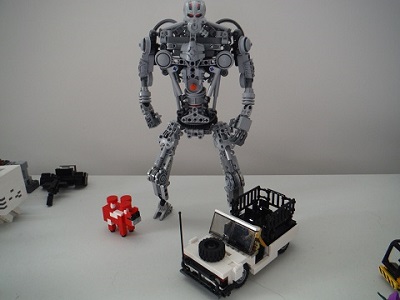 Grievous was one of the best Collector`s sets I`ve seen on my behalf since he made a fabutastic display piece but was relatively small enough for some play ability to be allowed. What i mean is that with the UCS Millennium Falcon for example, it was 100% minifig scale but can you imagine trying to fly an 82cm long Falcon around the room?!?! Alright so LEGO didn't design them for that purpose but I like the idea of a highly detailed display piece being able to double as a action toy. 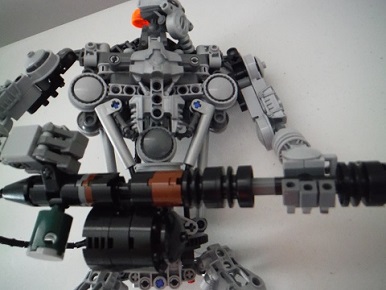 Obviously he's made of 98% BIONICLE parts so Lego could either use Hero Factory or make him brick-built like Grievous was. 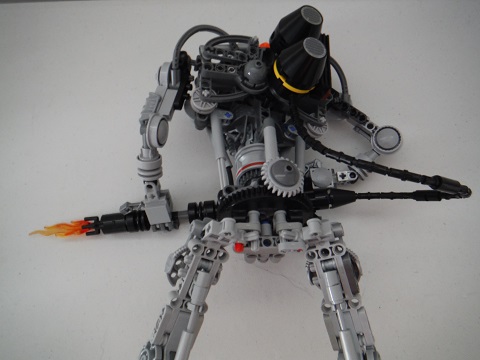 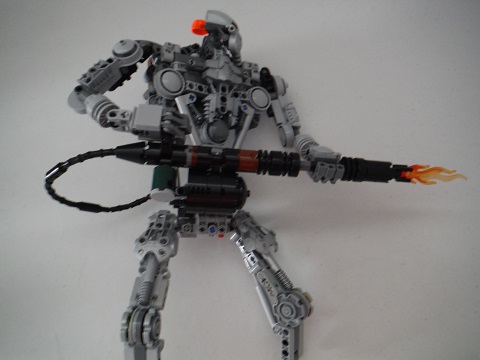 SUPPORT OR BE TERMINATED.