'Jolly Jewels', a board game with microfigs and dice play 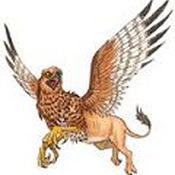 GAME OBJECTIVE
Player impersonates a master thief who tries to steal a "jolly jewel" from an oriental palace (theme inspired from hollywood classic The Thief of Baghdag). First player who goes back to his base with a jewel wins.

- The central tower holds the jewels (one for each player color).

- The guardian is symbolized by a trident. Player-thieves are represented by the regular minifigs found in LEGO range of board games (Hogwarts, Minotaurus, etc).

GAMEPLAY
Find your way through the city maze in order to reach the central tower where precious jewels are held. You must return safely to your base with your jewel, without getting caught by the guard.

You will depart from your base (four bases, located at every angle of the board) and reach the city palace (central tower) by performing an action, as decided by the dice roll.

ACTIONS
- GO UP : Player moves minifig from one floor UP to next floor.
- GO DOWN : Player moves minifig from one floor DOWN to next floor.
- GO THROUGH : Player goes through a wall (similar to using a secret passage or magic
power allowing to cross the walls).
- JUMP : Player jumps over empty spaces.
- SWORD : Symbol of the Guard. Player can’t move. Instead, player moves guard in any direction. Guard moves are limited to one city block. Guards can go up, down or through, but only within a block radius of their starting position. This way, active player (A) can threaten another player (B) by placing the guard closer to position of player B.
- SMILEY : Player does whichever move he/she wants : go up, go down, go through, jump or move the guard.

When player has reached the central tower, he/she takes the corresponding jewel (blue for blue player, red for red player, etc) and places it on top of minifig. The same rules apply on the way back to base.

GAME SEQUENCE
1. Active player rolls the dice to determine which action can be made.
2. Active player chooses a path that allows related move (unless dice roll indicates the sword, in wich case active player moves the Guard).

When related move is not possible (for example, the dice indicates « go up » but the player is already on top of a city block), the active player can’t move. Next player starts his/her move.

Players play one action per turn then hand the dice to next player. Alternatively, players can decide to play several actions per turn.

IF GUARD MEETS PLAYER...
If the guard reaches a city block with a player on it, player goes back to his base.

If player had a jewel on him, the jewel goes back to the tower.

JOKERS
Players can use small bricks as « jokers » (« wild cards ») to cancel actions.

The bricks can also be used an an extra component to be placed directly on city board when needed (for example by filling the gap between two city blocks, allowing the minifig to cross over).

A maximum of 2 bricks/jokers is recommended but players can decide to use more. 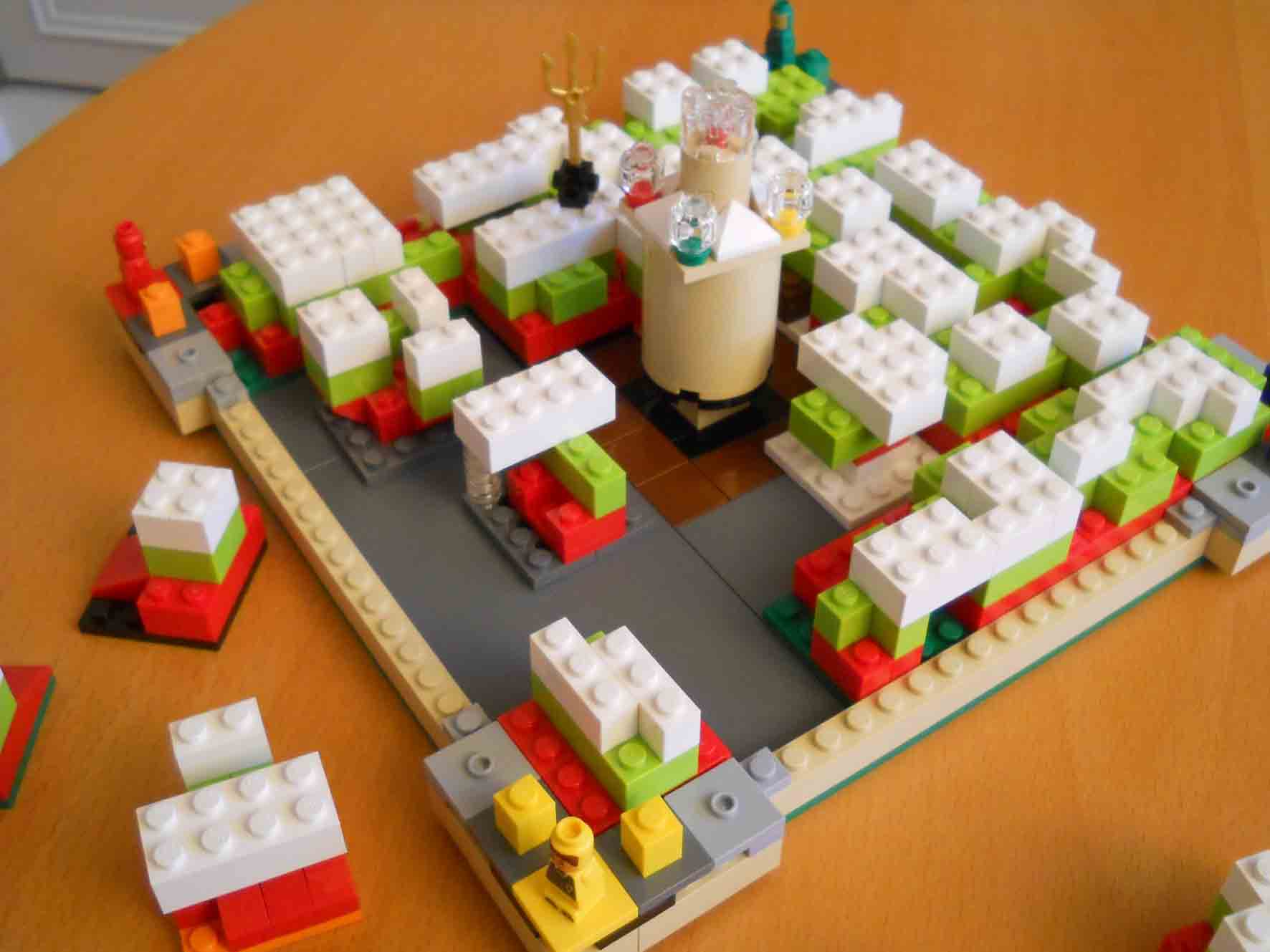 City blocks are based on square plates (4x4) so you can assemble them any way you want.
This way, you get a different configuration every time you start a new game. 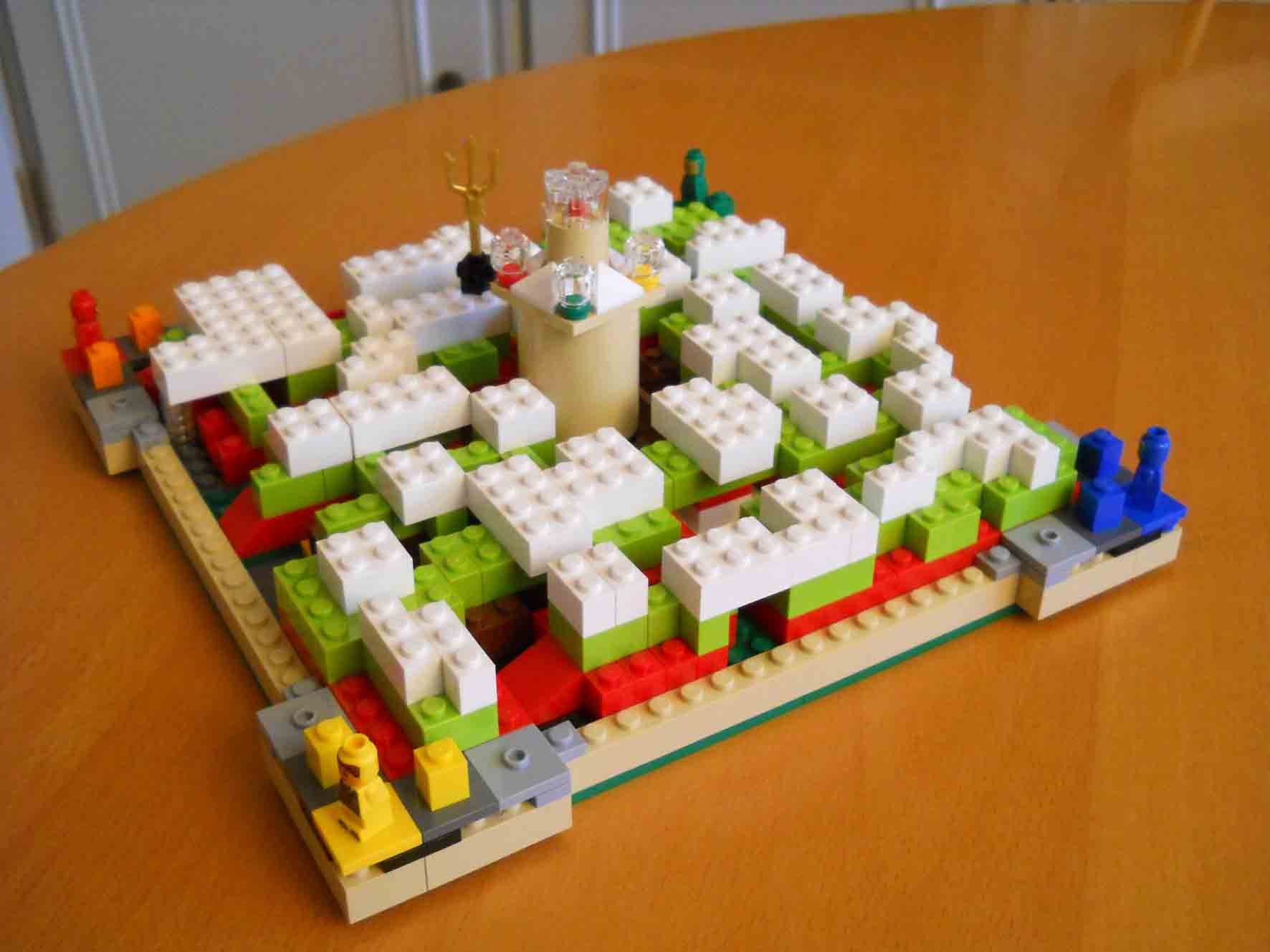 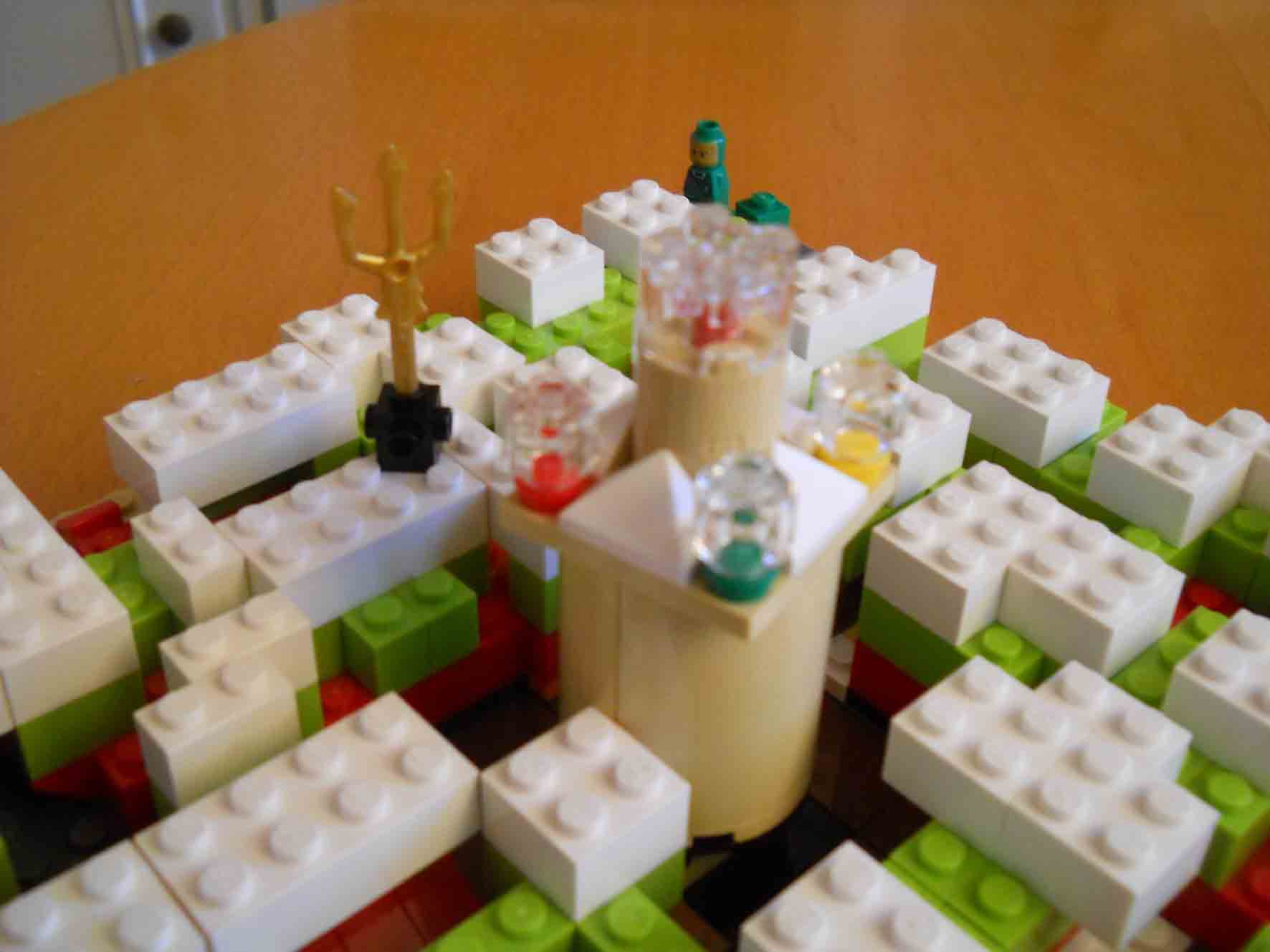 Snapshot on central tower with jewels (Beware the Trident Guardian on the left!).