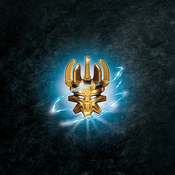 By eapj123
0 comments
As a Star Wars fan, my favorite characters are all the little unnoticed creatures and droids that really give the movies a sci-fi feel. This is one of those droids, a lego model of a Pit Droid from Star Wars episode 1. I built it in Lego Digital Designer.


With the UCS R2-D2 released recently, a Pit Droid would follow up nicely!

It is completely posable, with articulated arms, elbows, legs, knees, and fingers. His head can rotate 360 degrees.

Show the little droids that made the podraces possible that they are appreciated by voting for this project!